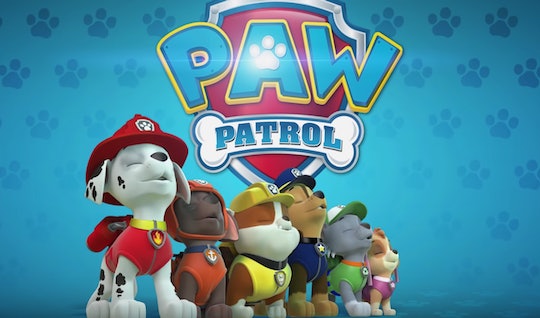 ATTN: A 'Paw Patrol' Movie Is Coming To The Big Screen Next Year

As if your little one wasn't already obsessed with Chase and Skye, there is a PAW Patrol movie in the works. That's right, Ryder and his crew of trusty pups are headed to movie theaters next year.

Come August 2021, Ryder and the pups — Chase, Marshall, Rubble, Zuma, Rocky, and Skye — will make their big screen debut with PAW Patrol: The Movie. On Friday, Feb. 21, Spin Master and Nickelodeon Movies announced they will produce an animated feature based on the Nick Jr. TV series.

"Expanding PAW Patrol into the world of theatricals is a major milestone for this iconic property, and we can't wait for kids and families everywhere to experience it together," Brian Robbins, president of kids and family entertainment at ViacomCBS Networks, said in a press release today.

For the few kids out there who aren't already obsessed with all things PAW Patrol, then you may to introduce them to the series that debuted on Nick Jr. in 2013 before the movie hits theaters next year. PAW Patrol follows Ryder, a 10-year-old boy who lives in Adventure Bay and his team of pups who work together to respond to every emergency around town.

As for what kinds of adventures and emergencies will happen in the PAW Patrol movie, the plot remains unclear for now. But no matter what happens, Ryder will surely say: "No job is too big, no pup is too small!" But while we wait for more details about the upcoming PAW Patrol movie to trickle in, be sure to make your calendars for August 2021.