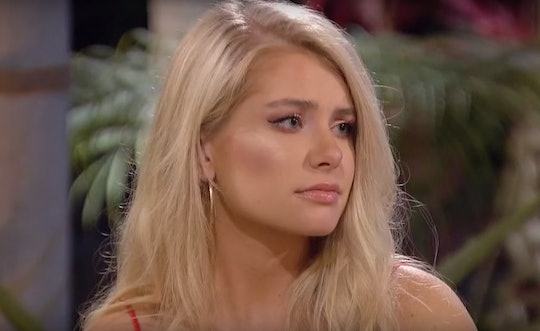 Demi & Kristian Were Already Adorable Together Before 'Bachelor In Paradise'

I tried to find more photos of the couple before Bachelor in Paradise. But as hard as I tried with my best internet sleuthing cap on, I could only come up with two photos from Kristin’s and Demi's Instagrams, respectively, that show how into each other they are.

Although Demi and Derek jumped head first into a relationship on Bachelor in Paradise Season 6, Demi couldn't completely commit. As things got more serious with Derek, Demi explained on Paradise that she could still feel a part of her missing and she realized it was with someone back home.

So when Kristian showed up on Bachelor in Paradise, it was all Demi needed to know who she should be with. It was unfortunate for Derek, but they were able to have an open conversation about it and she followed her heart. It’s hard to say where they stand now, but the pictures of Demi and Kristian before Bachelor in Paradise show there was something between them before Chris Harrison brought them back together.

Kristian posted a pre-show photo in April, so it was months before Demi even left for Bachelor in Paradise. But Demi’s comment on the photo letting her girlfriend know she missed her as much as the caption implied she missed Demi is adorable. Demi recently posted a photo of the two of them on her own Instagram that looks like it’s straight from behind the scenes at Bachelor in Paradise.

Kristian isn't part of Bachelor Nation, but she met Demi through Catherine Agro, who was on Colton's season of The Bachelor and also happened to be her roommate. Demi told Lauren Zima on Entertainment Tonight that she always knew she was going on Bachelor in Paradise and told Kristian about it upfront, but they continued to spend time together anyway.

Demi explained that they were never officially together and were in an open relationship. So when she left for Paradise, it wasn't a matter of leaving an unknowing girlfriend back home or breaking up with someone just to be on the show. Instead, Demi gave herself the chance to see what else was out there outside of her open relationship with Kristian.

She told Zima that she "had no idea the feelings were so strong" for Kristian until she saw her on Bachelor in Paradise when they were reunited in the middle of her dilemma in choosing to be with Derek or not. She admitted that outside of the show, she wasn't sure if she wanted to commit to Kristian, but clearly all of those concerns flew out the window when she saw her again.

Now, they are one of the strongest couples on the show and could be one of the few who likely get engaged at the end of the season. There may not be many photos floating around of Kristian and Demi before viewers saw them back together on Bachelor in Paradise, but that doesn't mean they didn't fall for each other. They are the best thing to come out of the season so far and I have high hopes they can make it once they are back in the real world.