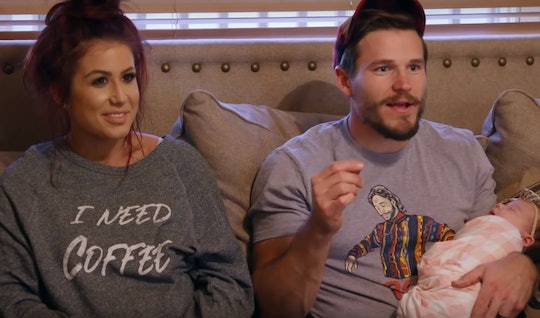 We all have that one friend who overshares on Instagram with almost daily photos of their kids. Or, if you’re like me, you are that mom and you have no shame in the parental pride game. Chelsea Houska from Teen Mom 2 is also one of those moms who shares photos of her kids on social media, showcasing their growth and development with friends and fans. And the pictures of Chelsea Houska’s kids will give you serious baby fever, especially since two of her kids are still so little.

Chelsea has a 10-year-old daughter, Aubree Lind DeBoer, who she gave birth to on 16 & Pregnant and who fans watch grow up before their eyes on Teen Mom 2 right from the start. After Chelsea married her husband, Cole DeBoer, in 2016, they had two children, Watson DeBoer, who’s not quite two years old, and Layne DeBoer, who just turned one. Chelsea has also said on the show she hopes to have more kids in the future, so this family of five could grow by a few more in the coming years. For now, though, Chelsea and Cole have their hands full with two roaming toddlers and a tween.

With Watson and Layne so close in age, Teen Mom 2 fans have watched Aubree embrace the role of big sister with enthusiasm. She regularly helps Chelsea and Cole in caring for the toddlers and they seem like one solid family unit. If you’re going to have kids who are so far apart in age, the one good thing which could possibly come from it is to have your oldest take to being the leader of the pack and that’s what Aubree has been able to do.

In February, Chelsea spoke to E! News about how Aubree is with her two younger siblings and she gushed about having her eldest child as a helper.

"Oh my gosh, I honestly think that she makes life so much easier," Chelsea said. "Having Aubree's help has been amazing. She loves helping. She plays with her brother when I need her to. She can get his little boots on or something when we're heading out the door so she's been amazing."

Chelsea also talked about how helpful Cole has been as a dad. Before he met and married Chelsea, he had no other kids of his own, so being a step-dad to Aubree was a new experience itself. Then, they had two more kids on top of that and so close in age. It didn't give Cole much time to get the hang of fatherhood, but he seems to have taken to it easily.

Last season on Teen Mom 2, Chelsea opened up about having anxiety attacks and what living with her anxiety is like, especially as a stay-at-home mom with three kids. She then told E! News she felt it was a combination of the robbery her family faced while they were away from home on vacation and postpartum effects six months after giving birth to her daughter Layne. It’s a topic Chelsea has been open about on the show and in real life and it gives fans another, different, look into her life.

Although she doesn't appear to be pregnant with her fourth child just yet, Chelsea and Cole did recently buy a bigger house they likely plan to fill with more kids. And if Chelsea’s photos of her kids right now are any indication of how adorable her next child might be, she will keep giving you baby fever.