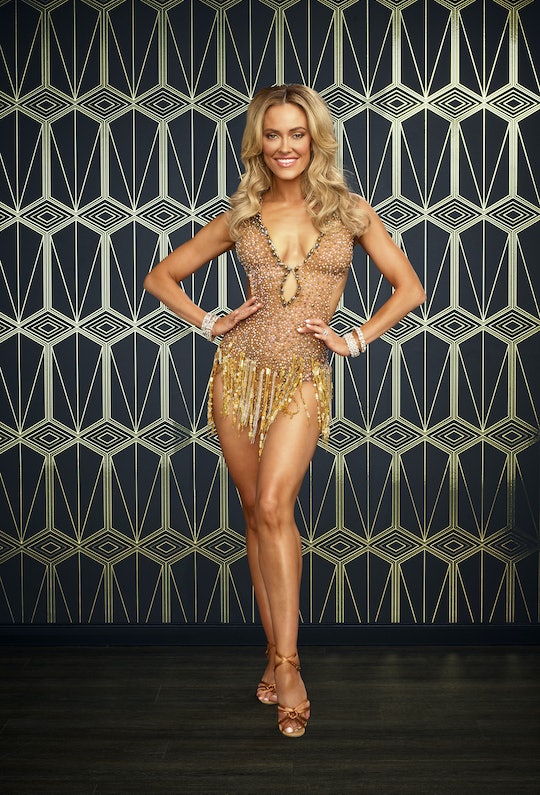 Ever since Peta and Maks welcomed their son, Shai, in January 2017, fans have watched him grow up on social media. Although getting pregnant and giving birth to Shai put Peta out of commission for a little while on Dancing With the Stars, she and Maks took turns getting their individual shots at the Mirrorball trophy and this season, Peta is all about taking home a win for their family. I can't decide who he looks like more, but the pictures of Peta and Maks' son from DWTS will make you wish you had your own mini-me toddler running around with an envious topknot.

Shai takes after both of his parents in his physical appearance, but his long blonde hair is all Peta and it will give you serious hair goals. Though to be fair, kids have it so easy when it comes to hair. They haven’t yet spent decades putting chemicals in it and going from brown to bleach blonde and then to a terrible blue shade that one time in the tenth grade.

Maks and Peta’s son has blonde hair similar to his mom’s and a smile that might win him his own Mirrorball trophy someday. For now, however, he’s intent just watching his parents twirl away on whatever dance floor they're on during any given week.

Although Shai will be three in just a few months, Peta recently posted a photo on Instagram where she shared that Shai only recently saw her perform on DWTS for the first time. She explained that he finally seems to understand what she and Maks do for a living and he was with her moments before the Season 28 premiere.

"Last Monday was extra special for me because my baby boy got to watch me dance for the first time," Peta wrote under a photo of herself and Shai in her dressing room. "He is at an age now where he can really understand what I am doing, and it made me so happy to have him with me at the #DWTS premiere. He says, 'Mumma dance work' and it warms my heart. This child is so special to me and it's amazing that I get to share my passions with him at a young age."

Peta also posted a photo of herself with Shai and Maks at breakfast in their home the morning of the premiere and they are an adorable trio. Because Maks himself isn't competing on DWTS this season, he’s able to stand in for Peta when she’s rehearsing or performing, but Shai seems to be as much a part of their work talk these days as they are.

In February, Peta spoke to Us Weekly about Shai and dancing and joked that she wouldn't be happy if he ended up being uncoordinated with award-winning professional dancers as his parents. "He loves music," she shared. "He’s obsessed with Pitbull and Dua Lipa, so we have constant dance parties throughout the day with him." He probably won't be competing on Dancing with the Stars: Juniors anytime soon, but he definitely has dancing in his genes.

Although Peta, Maks, and Shai are adorable when they are all together, Maks has posted about going solo with Shai while Peta works and they are just as endearing as a twosome. Maks recently grew out a mustache for *reasons* and posted on Instagram that it’s meant to show other parents that he is a "grown ass father man" who tackles difficult parenting tasks like taking his kid to the beach solo. As a parent myself, that is no easy feat, so I definitely applaud him for it.

This season, Shai has his dad all to himself since Peta is competing on DWTS without Maks, but I wouldn't be surprised if Shai occasionally pops in to see her perform and cheer her on along with Maks.