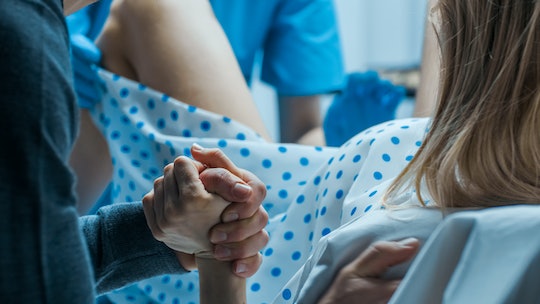 Just about any time I have ever talked to a pregnant woman, the conversation inevitably turns to poop. Specifically, the fear that they're going to poop during childbirth. They're haunted by the idea of just how embarrassing such a thing will be. But the truth is, when you're in the throes of labor, pooping in the presence of relative strangers is the least of your concern. In fact, you'll be far more embarrassed after your baby is born than you ever will be while you're delivering them.

I love motherhood. Not all the time, but I've found that the highs outnumber the lows when all is said and done. But one thing motherhood isn't is cool, at least not in the "OMG, look at her, she is so cool" kind of way. In fact, motherhood will make you so decidedly uncool it's pretty hilarious. And in your most uncool moments, you will feel embarrassment; an embarrassment far greater than taking a dump in front of a nurse who fully expects you (and every other person in the ward) to take a dump in front of her at some point.

So if this is a legitimate fear of yours, have no fear: it's only going to get worse. But hey, at least you can prepare yourself, right? So with that in mind, here are just some of the many moments that will make pooping during childbirth feel like child's play: