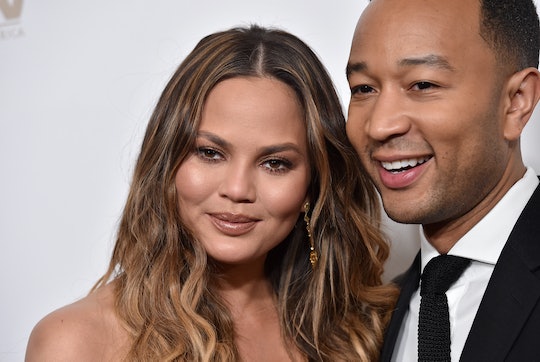 After enjoying "easy peasy" pregnancies with her first two children, daughter Luna and son Miles, Chrissy Teigen, who's pregnant with her third child with husband John Legend, is adjusting to being placed on "super serious" bed rest this time around.

Teigen revealed earlier this month that she'd been placed on bed rest for two weeks, but she apparently didn't know what exactly it entailed. "I honestly thought that bed rest was that you really, really had to relax and stay home," Teigen said in a series of videos shared on her Instagram Story on Tuesday. "I thought it could be couch rest. But now I'm in trouble and I need bed rest."

"So I'm just letting everyone know that if I have to be on anything, it's because I'm on super serious bed rest times because I'm trying to be as healthy as possible," Teigen added.

Staying put in bed, however, is a little more difficult than you might imagine. As least for Teigen, who shared on Twitter that it's "kind of crappier than it sounds" and joked that she's "on punishment for saying the first two pregnancies were easy peasy."

When she was pregnant with Miles in 2018, Teigen told E! News that she was feeling great. "I'm a happy pregnant person," she said. "I really love being pregnant. I have more energy, in a way. It's really nice... .I was so nervous for the first six months [of pregnancy] with Luna, but I just went in enjoying it."

Although Teigen did not share why she was placed on bed rest with her third child, doctors often recommend it to prolong pregnancy and help with complications like preeclampsia or preterm labor, according to Parents. And while the American College of Obstetricians and Gynecologists (ACOG) has suggested that there is "no credible evidence" that bed rest helps with pregnancy, doctors have continued to prescribe it to expectant "at risk" mothers for decades, as NPR reported.

Teigen explained in her Instagram story that this has been "a bit of a difficult pregnancy" for her, but the Cravings author does "feel good" aside from the "really bad pregnancy headaches" she's been struggling with lately.

As any mother will tell you, every pregnancy is different, just as Teigen is experiencing. "I get anyone who thinks it's not so awesome," Teigen said on her Instagram story. "But I'm very happy to be carrying this baby."