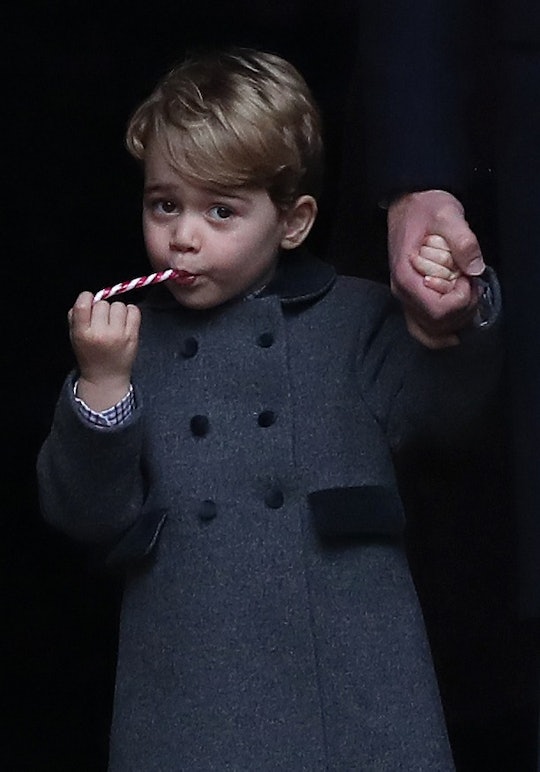 Prince George Has Sent Off His Wishlist To Santa Claus

Even royals have wishlists for Santa. Well, royal children at the very least. I have no idea whether or not Queen Elizabeth herself writes letters to Santa Claus, but the thought does fill me with glee. Don't worry, though, Prince George has already written his letter to Santa and you never know, maybe he passed along wishlists from the rest of the royal family.

Prince William and Kate Middleton opened up about a number of exciting things during their recent BBC One holiday cooking special alongside celebrity chef Mary Berry, A Very Berry Christmas Special. For instance, Middleton shared the inside scoop about how the royals spend the holidays, such as their tradition to open up their Christmas presents on Christmas Eve in the German tradition.

"George has already written his list to Father Christmas," Prince William told the volunteers, according to Town & Country, and added that his son is a big fan of drawing so he and his wife Kate Middleton are already feeling pretty confident about what sort of gifts they might buy their son for Christmas. "We might give him something to do with drawing or football," he said. "He is loving his football as well."

Royal fans are probably already well aware that Prince George is a football (soccer) fan since he got super excited during an Aston Villa match back in October with his parents. As for his little sister Princess Charlotte, there have been reports that she's asked for something slightly bigger than a football for Christmas... a royal source has apparently said she wants a pony, according to Cosmopolitan. While this has not been confirmed, I feel it's safe to say that we all want Santa to bring us a pony. And with her family history of excellent horse relationships, it makes sense.

The important thing to remember is this: the royal kids believe in Santa Claus. I don't know why but this brings me great joy. And if Princess Charlotte does get a pony, all the better.