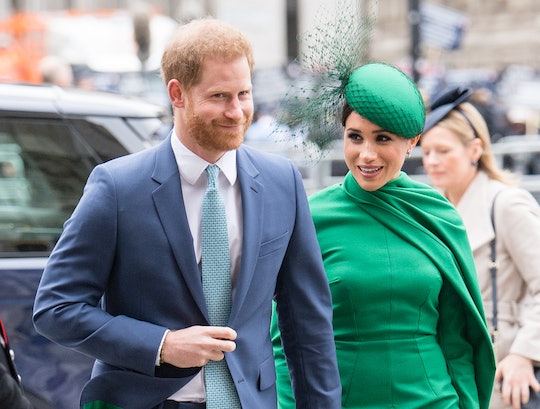 On the day that would have been his mother, Princess Diana's 59th birthday, Prince Harry spoke out against institutional racism and vowed he would "be a part of the solution" that ends it.

Prince Harry gave a speech at the Diana Award ceremony on Wednesday, according to People, which recognizes and honors the youth living in the United Kingdom who are currently changing the world and carrying on the legacy of Princess Diana. The Duke of Sussex surprised recipients when he made a virtual appearance, delivering a speech where he vowed to tackle racial inequality and continue to keep his mother's legacy alive. "I know that my mother has been an inspiration to many of you, and I can assure you she would have been fighting in your corner," he said. "Like many of you, she never took the easy route or the popular one or the comfortable one. But she stood for something, and she stood up for people who needed it. Right now, we are seeing situations around the world where division, isolation, and anger are dominating, as pain and trauma come to the surface."

He gave his wife, Meghan Markle, a shoutout in his speech, citing her words as a reason to do more. "My wife said recently that our generation and the ones before us haven't done enough to right the wrongs of the past," he said. "I too, am sorry. Sorry that we haven't got the world to a place you deserve it to be."

Prince Harry is referring to his wife's commencement speech, which she gave to her old high school, Immaculate Heart High School, in early June. During her speech, Markle addressed the current racial justice movement happening all over the world and said the names of people who have died in police custody. "The first thing that I want to say to you is I'm sorry," she said. "I'm so sorry that you have to grow up in a world where this is still present."

Prince Harry reiterated these sentiments. "Institutional racism has no place in our societies, yet it is still endemic," he said, during his speech on Wednesday. "Unconscious bias must be acknowledged without blame to create a better world for all of you."

This is not the first time that Prince Harry has spoken out about racism. In 2016, Prince Harry released a statement about Markle (who was his girlfriend at the time), saying that he had enough of the "outright sexism and racism" that she had to endure, according to E! News. And in an interview with Vogue UK last year, he acknowledged about how people's "unconscious bias" can shape their world view make them look at someone in a different way. "You can only be taught to hate... Unless we acknowledge we are part of this cycle, then we're always going to be fighting against it," he said. This is in addition to the couple already supporting #BlackLivesMatter through the Queen's Commonwealth Trust.