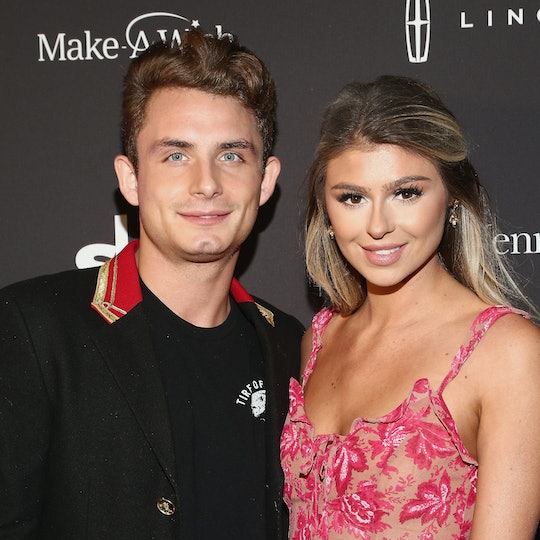 Raquel From 'Vanderpump Rules' Is More Than Another Reality TV Star

Although Raquel hasn't been on Vanderpump Rules since the beginning and has only been a recurring cast member for the past two seasons, she is as much of a part of the cast as anyone else. Through her ups and downs with some other stars Raquel has been a central part of the show. And given how serious her relationship with James is, viewers have no doubt wondered what Raquel’s Instagram is. The Vanderpump Rules star is living her best life both on and off the show.

Her Instagram shows how close she is to James, regardless of what some viewers may think of their relationship since this is reality TV, after all. It also shows another side of her that isn't associated at all with SUR or Vanderpump Rules. There are a handful of recent posts of Raquel modeling in Paris and enjoying traveling and working the runway. She’s also close to her Goldendoodle, Little Graham Cracker, and there are different photos with her adorable puppy, who also has his own Instagram account. Because why else would you own a Goldendoodle if not to give the dog its own identity and thousands of social media followers?

When it comes to her life outside of the show, Raquel definitely has a lot of other stuff going on and it seems like that’s the way she likes it.

Raquel and James haven’t always had the best relationship on Vanderpump Rules, but judging by her Instagram, they are definitely going strong. During her recent trip to Paris, she posted a photo with James and the caption, "Missing this guy a little extra today. 10 days apart is 9 days too many."

They also spent Valentine’s Day together at a spa in Sonoma and had a mini photoshoot, and I would honestly expect nothing less from the Vanderpump Rules couple. But that’s also what makes them kind of perfect for each other. And because of their relationship and everything else Raquel has going on that doesn't have to do with the show, she seems to have found lots of success.

There may still be some animosity between Raquel and Lala on the show, so it's no big surprise that they don’t seem to hang out when the cameras aren't rolling. Judging by her Instagram alone, Raquel doesn't seem to be all that close with many of her co-stars, but that could just be because she has more going on outside of the show that she prefers to post on Instagram.

Like her modeling career and relationship with James, for example, even if the latter is also something fans have seen a lot of on the show. Raquel does post about the show from time to time, but her life seems to revolve around James, her dog, and her career, and you can't really be mad at that.

Most of the Vanderpump Rules stars have something going on outside of the show to extend their 15 minutes of reality TV fame a little longer, but Raquel’s modeling career seems to be the real deal. I don't think you fly to Paris if you are more prone to sponsored Instagram photoshoots. She did a photo shoot for GLAUDI by Johana Hernandez, a couture brand that specializes in bridal gowns, and then walked in Paris Fashion Week, so she is slowly becoming a big deal.

It’s hard to say if Raquel will eventually be bumped up to regular cast member or if she will remain in a recurring role on Vanderpump Rules, but something tells me she would be just fine even if she isn't eventually part of the main cast.