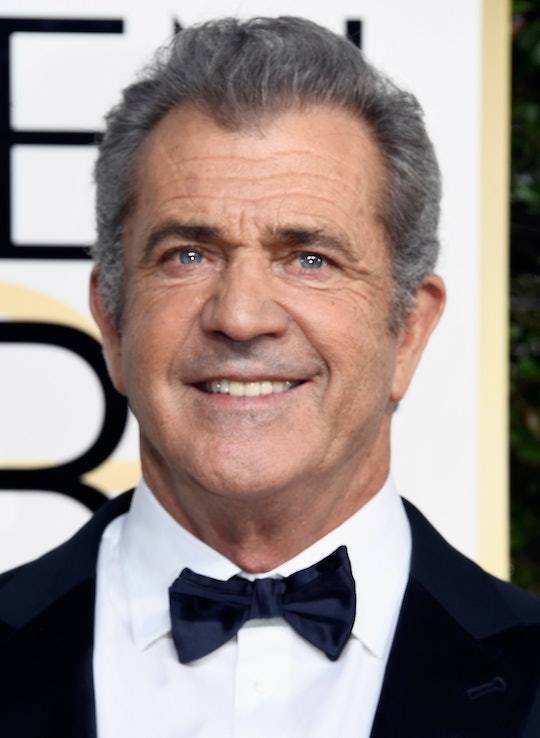 Everyone Has Feelings On Mel Gibson's Oscars Nom

Everyone loves a good comeback story. As long as it's deserved, that is, and the person coming back isn't doing so after leaving on awful terms. Such is the case with Mel Gibson's "comeback" Oscars nod, and the reactions to Mel Gibson's Oscar nomination prove that some (OK, A LOT of) people just weren't ready for him to come back to Hollywood. Gibson fell from Hollywood's good graces several years ago in 2006 when he was arrested for drunk driving with an open container in his car and proceeded to spew a string of hateful words against Jewish people, claiming that they were responsible for the world's problems. He of course went back on his actions, owning up to his terrible choice of words, but the damage had already been done. Shortly after, his wife divorced him and things continued on a downward spiral for the Hacksaw Ridge director.

Then, in 2010, a recording was released, in which Gibson can be heard making racist remarks to his then-girlfriend, Oksana Grigorieva. After years of a stagnant movie career, followed by a few more years of B-list movies that didn't gain much favor among critics or fans, Gibson announced that acting was going to take a backseat to directing and he began work on Hacksaw Ridge. But just because the movie is gaining success and Gibson was nominated for an Oscar for Best Director, it doesn't mean that the people are ready for him to come back.

Some Will Never Forget (Nor Should They)

There's nothing wrong with wanting to get your career back and trying to break out with something new in Hollywood, but sometimes, you just can't come back from what you say or do as an actor in the public eye. Some might claim that Gibson has done his time in Hollywood jail (i.e. being on the blacklist, essentially), but Twitter proves that there are so many who are not only upset about his comeback, but surprised he's even still around.

Others Just Don't Get It

Despite Gibson's anti-semitic rants and history of racism, as well as plenty of reactions to Gibson's nomination that show how surprising it is, he has apparently been welcomed back into the loving arms of Hollywood's embrace. Without discrediting any of the acting or the story itself of Hacksaw Ridge, Gibson's Best Director Oscar nomination is the most surprising and almost random thing of all.

Hollywood has no shortage of great directors, making Gibson's nom and recognition all the more surprising.