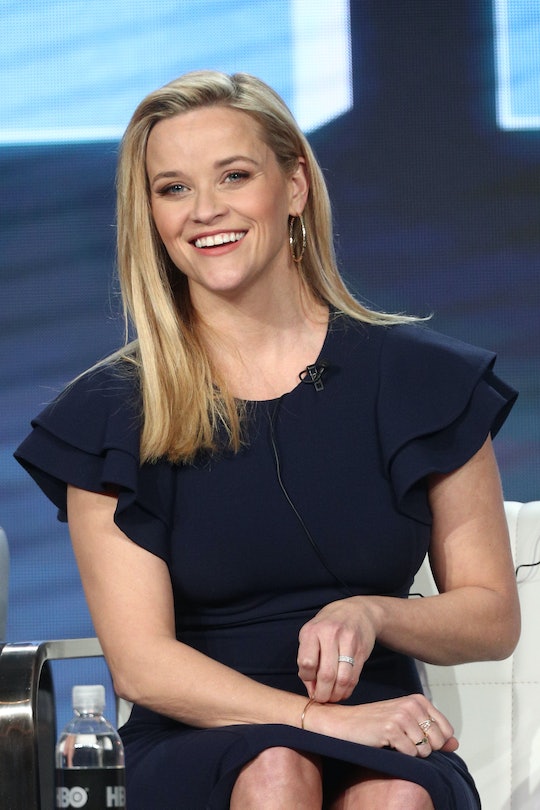 Reese Witherspoon's Response To Pregnancy Rumors Was Too Funny

Celebrities are used to fake pregnancy reports by now, as they're always popping up left and right. Perhaps that's why Reese Witherspoon's response to a pregnancy report was completely hilarious. The Big Little Lies star took to Instagram after being featured on the cover of OK! alongside her BFF Jennifer Garner whom the magazine reported was also pregnant and the result was nothing short of perfection.

The actress shared a photo of the tabloid cover, which read, "Jen & Reese Baby Bombshells! Shock & Joy for Hollywood BFFs." In her caption, she tagged Garner, 46, asking, "Hey @jennifer.garner! Can we raise our imaginary babies together?" Celebrity friends like Gwyneth Paltrow, Ali Wentworth, and Sarah Michelle Gellar flocked to the comment section, according to the Daily Mail. Paltrow responded with a series of laughing while crying emojis, according to the British tabloid, while Gellar volunteered to "imaginary babysit." Witherspoon, 42, took her up on the offer, and even did her one better, the Daily Mail reported. Witherspoon asked Gellar to "be the imaginary godmother," according to the outlet, and while Gellar did not immediately respond, I don't see how she could pass up such an opportunity. Wentworth, for her part, offered to "throw the shower!" in a comment captured by the Comments by Celebs Instagram account.

Witherspoon has three children already, the oldest of which is 19, according to Harper's Bazaar. She shares daughter Ava and son Deacon, 15, with ex-husband Ryan Phillippe, the outlet noted. Witherspoon also has a son called Tennessee, 6, whom Harper's Bazaar reported she shares with husband Jim Toth. Garner also has three children, all of whom she shares with ex-husband Ben Affleck, the outlet reported. Her kids, Violet, Seraphina, and Samuel, are aged 13, 10 and 7 respectively.

Witherspoon and Garner aren't the only famous women rumored to be with child right now. Lady Gaga was forced to address tabloid reports that she's expecting on Twitter on Tuesday. The A Star is Born actress confirmed that she is not expecting a child, but that she is "pregnant with #LG6." The hashtag is a reference to her sixth album, which she's working on right now, according to a report from Hello! magazine. Per the outlet, this album will be the first Gaga has released in three years. Her last project was Joanne, which featured songs like "Perfect Illusion" and "Million Reasons."

Pregnancy rumors about Gaga started swirling shortly after she and fiancé Christian Carino called it quits. According to Hello! after the couple went public about their decision to end the engagement, fans started to suspect that Gaga may be pregnant. The news came amid rumors of an off-screen romance with co-star Bradley Cooper, which Gaga addressed during an appearance on Jimmy Kimmel Live!. While appearing on the show, Gaga called social media "the toilet of the internet," and addressed her intimate Oscars performance with Cooper, who is in a relationship with Irina Shayk.

"People saw love and, guess what, that's what we wanted you to see ... This is a love song," she explained on Jimmy Kimmel Live!. She did not address pregnancy rumors during the late night show appearance, though they were circulating at the time. She also did not talk about her split.

Pregnancy rumors come with the territory of being a celebrity. No one is immune to them, so you might as well take it in stride like Witherspoon and Garner and have a laugh at the ridiculous nature of it all.