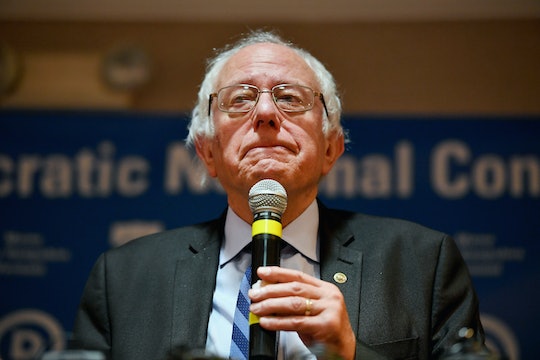 If Hillary Clinton and Donald Trump were two sparring school kids at the first presidential debate Monday night, then Bernie Sanders was the bummed out classmate who didn't get invited. At least, that the impression that the internet had of the onetime Democratic primary contender, who evidently stayed home to watch, live tweeting the event. But his very first #DebateWithBernie post ignited more than just the devotion to the Vermont senator and his Democratic socialist ideals that still burns bright in his supporters: Soon, sad Bernie Sanders debate memes dominated timelines, lamenting that liberal America's favorite grandpa must feel lonely and totally left out.

It all started with a photo Sanders tweeted of himself standing in what could be interpreted as a forlorn stance, hands deep in his pockets, before a television blaring CNN's coverage of the debate right before it started. "It's #debatenight so it's time to #DebateWithBernie," he wrote. And a meme was born.

Of course, Sanders delivered on that promise by offering followers the opportunity experience the debate right alongside him. In a series of tweets throughout the 90-minute face-off, he once again publicized his well-known disdain for Trump. He called the Republican nominee a "hypocrite" for trying to woo African American voters after spending years aggressively buoying the racist birther movement that questioned the American citizenship of our first black president; he hit him for being a flip flopper on important issues like abortion and immigration.

Still, the main attraction for those feeling the Bern was to create the meme. Memes, actually. Lots and lots of memes.

Because the image of Bernie watching what he could have had was just too heartbreakingly reminiscent of all times your friends were totally hanging out without you.

But it may be even more personal than that for Sanders, because he's made it clear that he's none too jazzed about either of the candidates making it into the White House (although he's definitely all-in for Clinton at this point).

Which is perhaps why, in some meme-makers' minds, Sanders opted out of the watching the debate in favor of more lighthearted pursuits to distract him for his pain. 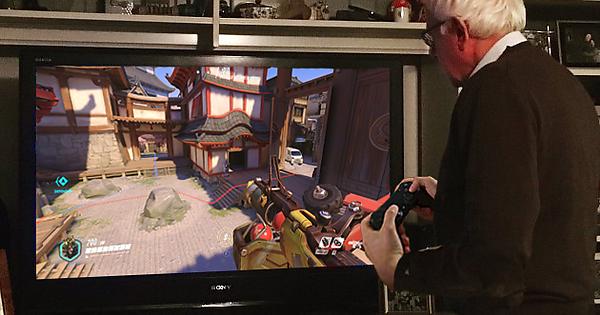 In real life, Sanders is still fighting for his former primary opponent, Clinton. Before the debate, he told MSNBC's Rachel Maddow and Brian Williams that he'll be stumping for her — a huge win for the Clinton camp, which can't drum up the same enthusiasm among voters, particularly young ones, that Sanders enjoyed. Sanders is a man very, very nervous about the prospect of a Trump presidency, and propelled by the need to obliterate that possibility:

We’re working on a schedule right now, which is going to be a very, very vigorous schedule. We’re going to go all over this country. We’re going to go wherever Secretary Clinton’s people think that I am needed, and I am going to work as hard as I can to make sure that Donald Trump does not become the next president.

#DebateWithBernie memes may have captivated the internet just as much as Trump's ubiquitous sniffles and Clinton's shoulder shimmy Monday night, but he clearly wants Americans to know that, like Drake, he's more than a meme. He's out of the race, but unstoppable Sanders won't let his influence fade. He won't just stand idly, maybe not even to enjoy a meme.

You shouldn't, either; Instead, it's time to make sure you're registered to vote, because Tuesday is National Voter Registration Day. Oh, you're good to go? OK, one more Bernie meme, then. 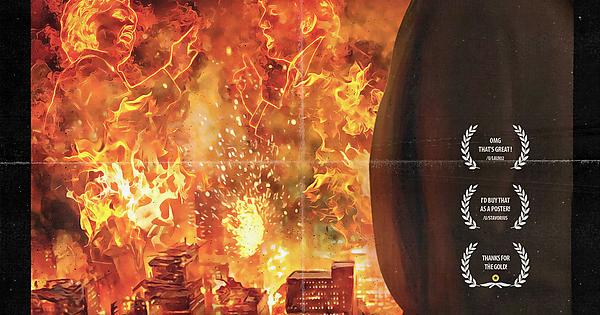