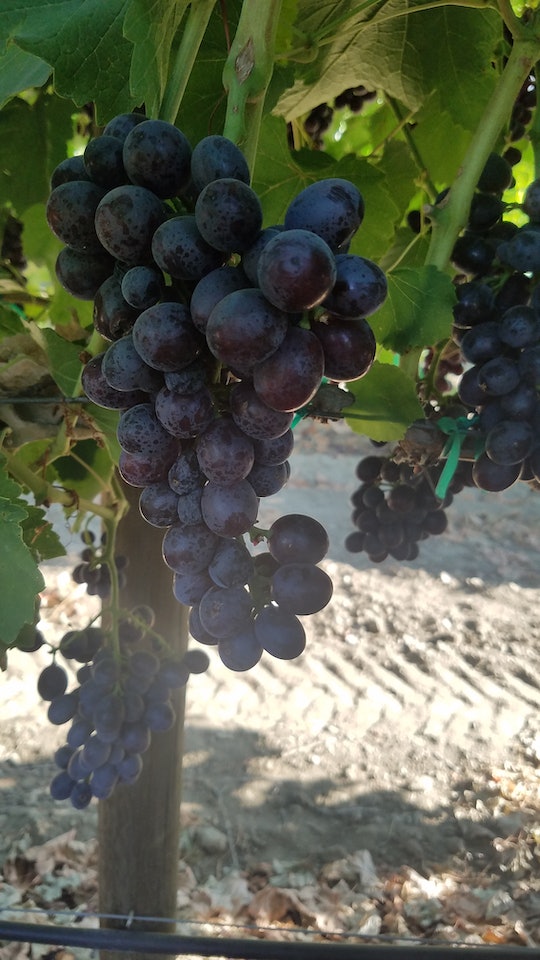 Getting your kids to eat fruit can be tough when so many delicious "fruit-flavored" desserts exist. Why would a five-year-old want cherries or oranges when they can taste the rainbow with Skittles? Well, Sam's Club's answer is Grape Soda-flavored grapes — yes, you read that right — but you have to act fast to get them.

Flavored grapes have been on the market for a while now, thanks to The Grapery, which specializes in breeding fruits to taste like candy. Their products aren't genetically modified, as their website explains; instead, the growers experiment with cross-pollination to get a unique taste naturally. For instance, their Candy Dream grapes are infused with blackberry and plum, while Gum Drop grapes taste like strawberry candy. They have 10 grape varieties in their lineup, with their showcase flavors being the most eye-catching. The Cotton Candy grapes have gotten the most attention in the past few years, with outlets like Delish and Cooking Light spotlighting the clever product.

Consumers have been responsive to the snacks, particularly because they're marketed as a healthier alternative to actual candy. Plus, the products can only be sold at certain times of the year because of the way they're grown, which makes them even more appealing for customers since they're not always available. And now The Grapery is adding an 11th flavor with Grape Soda, which will be exclusively sold at Sam's Club.

If you're scratching your head at the idea of a grape-flavored grape, you're not alone. Grape Soda is supposed to taste like grape to begin with, so it seems a bit strange that you'd have to flavor the fruit to taste like itself. (I'm making my head hurt just thinking about it.) But anyone who's had Grape Fanta (or any grape candy, for that matter) can attest that those products don't really taste like the fruit. They're typically much sweeter, have a tang, and leave a fun purple stain on your mouth, which is great but won't make you feel like you plucked some grapes from the vine. So it actually does make some sense to have Grape Soda grapes, if you embrace that artificial grape products don't taste like the real thing.

Sam's Club, the go-to superstore for buying anything and everything in bulk, first sold Cotton Candy grapes back in 2017 according to Real Simple, and they've put a variety of other Grapery products on their shelves since then. The Grape Soda grapes will only be sold for a limited time in select Sam's locations per a company press release, so head to the store ASAP if you want double grape goodness.

And even if you aren't interested in Grape Soda, you can still have some fruit fun thanks to Sam's. As explained in the same press release, Cotton Candy, Moon Drop, Candy Hearts, Candy Dreams, and Gum Drops grapes will be on Sam's Club shelves throughout August, and each have a unique, sweet flavor. So you have plenty of time to try as many varieties as you want. It's a ~grape~ new world.