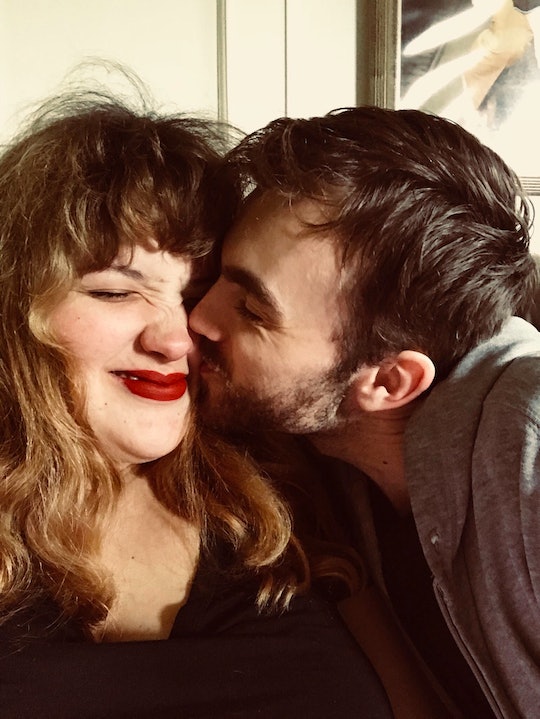 Stop Asking Me What I Want For Mother's Day — Just Do Something Nice!

I never used to care for the "made-up" holidays (well, except perhaps for Pancake Day because obviously). Valentine's Day once felt gross. Why shouldn't the love between friends and lovers be cherished every day of the damn year? Specific events designed to give our parents cards, chocolate, or collared tees seemed somehow forced as well. Surely, if our relationships with our mothers and fathers are fairly pleasant, we shouldn't need a designated day during which to show them we give a sh*t? At 28, however, I have found myself a wife and a mom of two. In other words, a badass machine juggling endless to-do lists, care-taking, and invisible but exhausting labor (typically on three hours of sleep). And to be honest, I've found myself wanting to be celebrated on Mother's Day, too.

I starting making it known that I would like to do something for Mother's Day close to the start of the year, precisely because I have a track record of blowing off all these greeting card-fueled affairs. My daughters, Luna and Elia (a 2-year-old and 9-month-old, respectively), are too young to do anything for me themselves, so my hints have all been directed at my partner. Each time, I've been met with a variation of one question: what would you like? Or, what would you like to do? Or, is there anything specific I can get you? Or, quite simply, what do you want?

I've struggled to get "You Should've Asked," a comic strip by the French artist known as Emma, out of my head.

In truth, I just want not to be asked that question. I just want to do, or be given, something nice. Something that makes me feel nice amidst the firestorm that is raising two tiny people (one of them smack-dab in the middle of the aptly-titled "terrible twos"). I want to feel like a goddamn superhero for a day, because that's precisely what good parents are.

I know that some might argue that my partner is just trying to ensure I end up happy. Rather than come up with a plan or a gift that may not be to my tastes, he's considering my feelings and wishes. I get that — and I'm sure he is. He's thoughtful and sensitive, and he probably doesn't want to f*ck things up.

The trouble is, I don't want to project manage my own Mother's Day. The past few weeks, I've struggled to get "You Should've Asked," a comic strip by the French artist known as Emma, out of my head. It outlines the differences between how men and women (in heterosexual relationships) handle a household's responsibilities. Emma suggests that, generally speaking, men will only do things when specifically asked to, which ultimately means that women are not only responsible for their own chores, but also for the planning, organization, and general management of everyone's chores. Thus, we end up doing 75 percent of the work instead of a healthier 50.

I don't want to be asked what I want for Mother's Day, because it makes me feel like I'm in a boss/employee relationship with my significant other.

In the comic, Emma muses, "What our partners are really saying when they ask us to tell them what needs to be done is that they refuse to take on their share of the mental load."

This might be conscious; it might not be. In the case of my own family, I don't really think it is — but that doesn't stop me from feeling kind of weird anyway. I don't want to be asked what I want for Mother's Day (any more than I want to be asked what chores need doing) because it makes me feel like I'm in a boss/employee relationship with my significant other rather than in a partnership. I imagine I'll feel much the same when my kids inevitably ask this question as they get older. Rather than tell them what I want, I'd simply like for them to do something kind. Thoughtful.

Sure, I still hold that mothers, fathers, lovers, and friends should be celebrated all days of the year (sans a specified special occasion). I still hold that we shouldn't need to wait for an event before doling out "I love yous" or "thank yous" or a couple of luxurious bath bombs "just because." Or, "just because you work so hard and deserve a f*cking break."

Unfortunately, though, it's all too easy for day-to-day life to get in the way of these demonstrations of care.

Most days, my husband and I are lucky if we get an hour to ourselves in the evenings. Entire weeks can pass us by in a sea of diapers, infant purees, emergency outfit changes, and tantrums. So many tantrums. So much noise.

Suddenly, we'll realize that we haven't even hugged in 48 hours. We haven't cuddled. We haven't checked in with one another or had time to ask, "Are you OK?" Let alone to verbally appreciate all that the other is doing (even if we're doing it internally). Let alone to offer the other some sort of celebration for keeping our family and our home and our jobs in some semblance of order. The love never goes. I never stop feeling his support — it's always there. I never stop feeling lucky for the bond that we share. Instead, it's that tangible celebration that is quieted. That gets pushed aside.

I guess that's where Mother's Day comes in (and where I hope Father's Day will come in later). Sometimes, when our days are so full and so loud and so stressful, we need a special occasion to force us to just stop. To recognize what we have, and be grateful for what we have, and halt all the voices telling us that we don't have enough (or that we aren't enough). Sometimes we need an excuse to allow ourselves that kind of happiness and satisfaction.

At my core, I know this shouldn't be the way. I know I shouldn't need permission to feel happiness, satisfaction, or celebration — but I'm only human, and I get sucked up into the overwhelming nature of existence (and of existence as a parent) just like everyone else seems to.

So, on Mother's Day, it's not that I need a specific gift. I don't have a mental list running of all the presents or treats I'd like to find on my bedside table that morning. I don't have a specific restaurant I'd like to eat at, or even a bath bomb scent I'd like to soak in. I just know how I hope to feel. I want to feel seen, valued, and beloved. I want to feel like the best version of myself. I want the best version of my parenting to come through. I want to trust that everything is OK, because it is. Because it will be.

Failing that, I guess I'll take a f*cking medley box of chocolate.

More Like This
This Is What It’s Like To Parent With OCD Right Now
How To Tell If Someone Is Lying To You: 34 Signs To Watch For
25 Mother And Daughter Halloween Costume Ideas That Are Cute And Spooky
39 Halloween Trivia Questions & Answers