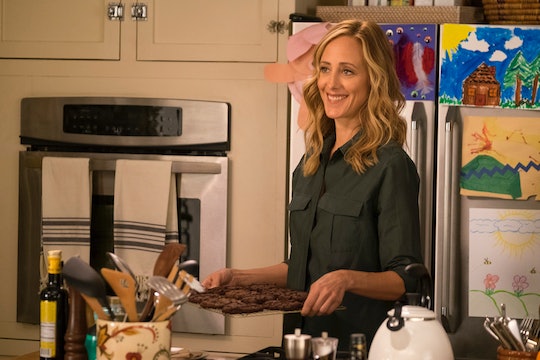 Teddy & Koracick Might Be The Next 'Grey's Anatomy' Couple

Teddy might have originally come to Seattle to try and make things work with Owen and tell him about her pregnancy, but now that he sort of chose Amelia, Teddy is free and clear to date who she wants. I'm just not sure if Owen is going to be fine with her getting together with Koracick, the overly confident and sometimes irritating surgeon.

To make the whole situation more complicated, Koracick once hooked up with Amelia. So while this was once a love triangle, I guess you could call it a love square now. Not that Owen is still torn between Teddy and Amelia, but he's bound to insert himself in Teddy's love life if Teddy and Koracick get together.

Their first big moment last week involved Koracik sharing his fries with Teddy in one of the hospital break rooms and Thursday night, she made the first move by inviting him to buy him a drink. He declined, probably prolonging the inevitable, because he'd just performed an all-day surgery. But he told her that when she buys him a drink, he wants to smell good, so they could likely get together later on this season. Now that it's a real possibility, Grey's Anatomy fans are shipping it.

Kim Raver, who plays Teddy, teased another aspect that will be added to the kind of/sort of love triangle when she spoke to TVLine recently. "There’s an 'other person' element, and it’s fun and funny and complicated," she shared. "It’s great because it’s quintessential Grey’s Anatomy where it’s not just one layer. We were just shooting a scene that was so uncomfortable and funny and great and wild." I smell an awesomely awkward double date coming up.

Ahead of the Season 15 premiere, Kevin McKidd, who plays Owen, spoke to Entertainment Tonight about the love triangle between Amelia, Owen, and Teddy this season. He said that it would be a "very different" love triangle than viewers have seen on the show before. Throwing Koracick into the mix would certainly make this a Grey's Anatomy first.

At the time, McKidd said of the storyline, "We've created an almost impossible problem." Whether he was talking about Koracick being brought into the fold or not, Koracick is certainly a problem, given how passionate and protective Owen can be.

Right now, it definitely looks like Teddy and Koracick are going to get together. I don't know how her pregnancy will factor into things or if their fling will be less serious than the other relationships on the show right now. Koracick is usually more playful than anything, so he might prefer to take things slowly with her. Either way, fans are totally into Koracick and Teddy becoming a thing in the near future.

It's not clear right now how serious this whole Teddy and Koracick thing might get, but Grey's Anatomy executive producer Elisabeth R. Finch is optimistic about their chemistry. "I can say right now they have a really fun energy," she told Entertainment Tonight. "He is so unpredictable and unexpected, and I love how that confounds Teddy and delights Teddy, and I can't wait to see more of that." Same.

It's still too early to get too invested in Teddy and Koracick, but there's no harm in shipping them together. Especially if it means Amelia and Owen get some happiness for a little while.