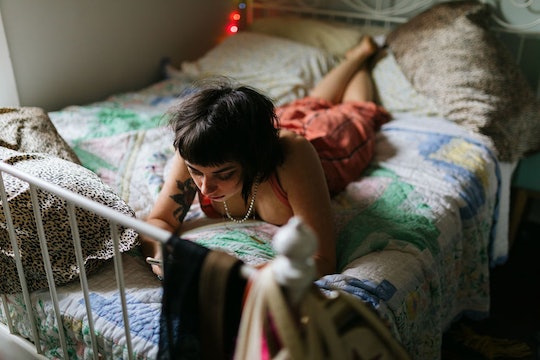 Each zodiac sign has a couple of characteristics that are typically linked to it. For better or worse, these are the traits that immediately pop into your head when you think about a certain sign. If you're a highly-emotional Pisces or a detail-oriented Virgo, you probably won't be surprised to learn that they're considered the two most sensitive zodiac signs.

Virgo and Pisces are on opposite sides of the zodiac wheel, according to astrologer and author Armand Diaz. "They're coming from different perspectives, but they're on the same wave-length," he says. "There is a related but different kind of sensitivity with each one."

Diaz says that Pisces is so sensitive and feels so much in large part because it's an empathetic sign. "A lot of times we have walls up and protective things... Pisces makes those boundaries porous. Words from others, emotions, feelings from others, they come through." But being so empathetic and in tune with other people's emotions has its downsides. "If you're aware of that, it's great. On the other hand, if it just sort of comes at you and you don't know what's happening, it can be pretty unsettling." There's definitely a risk in getting too bogged down by other people's emotions and seeing your own well-being suffer because of it.

A Virgo's sensitivity, however, comes from a different place. "Virgos don't seem so sensitive, because they can put up barriers," Diaz explains. They are also typically seen as detail obsessed and have a tendency to overthink things, according to Your Tango, and those traits play into how sensitive they are at times: "Everything is experienced with a fine grain level of precision, so there's an awful lot of information that comes in that leads to a greater sensitivity." Whereas Pisces sometimes has trouble setting emotional boundaries, Diaz explains that Virgos often have the opposite issue. "They do put up a little bit of a barrier that keeps a lot of stuff out, because when something gets in, it tends to have more of an impact than it would with another sign." It seems like Pisces might stand to benefit from imitating some of Virgo's self-preservation instincts at times, while Virgo could sometimes afford to be a little more vulnerable and open like Pisces.

If you're not a Virgo or a Pisces, but you think of yourself as highly sensitive, you might want to look into your moon sign and your ascendant sign. Most people only consider their sun sign when they're looking into horoscopes or astrology, but Diaz says sensitivity is also likely to be rooted in the influence of Virgo or Pisces in your moon or ascendant sign. Cafe Astrology's birth chart calculator can help you figure everything out — you'll need to know the time you were born for the most accurate results.

Being super sensitive is often seen as a weakness, according to Psychology Today, but it really shouldn't be (and I'm not just saying that because I just so happen to be a Pisces). People who are highly sensitive can also be very perceptive, thoughtful, and highly in tune with themselves, according to HuffPost. It's all about striking that balance between controlling your emotions or letting your emotions control you.

More Like This
11 Sagittarius Nail Designs To Show Off Your Inner Archer
45 Sagittarius Girl Names For Your Happy-Go-Lucky Baby
Yes, It’s Possible To Get Pregnant If You Have An IUD
When To Stop Swaddling Your Baby: 8 Signs It’s Time To Transition