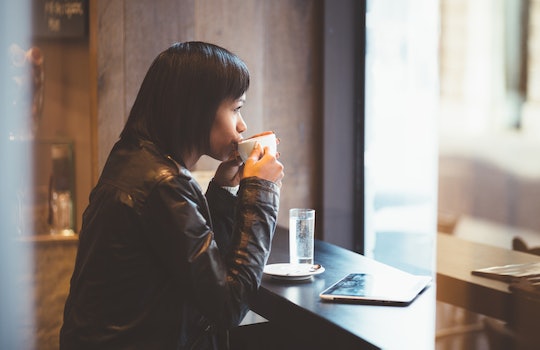 I am terrible at being quiet. I am always moving, always doing something. I am almost never still. Stillness makes me uneasy and anxious. I know this isn't good for me. Eventually, I'll burn out. My attempts at a meditation practice have been mostly lackluster. I'll get into really into it, and then abandon it later. Recently, I've been having more intense problems with my anxiety and with my ADHD, and looking for solutions in science. Along the way I found these five fascinating things that happen to your body when you practice silence for 10 minutes, and now I'm reassessing my approach to the whole thing.

In the past ten years, there has been a significant increase in the amount of studies related to mindfulness and the body's and brain's need for silence and contemplation, such as those published in the Journal of Consciousness Studies. In today's society, we're always on the go, always measuring ourselves by how productive we are and how much we can fit in a day. When science first noted the deleterious impact this way of life has on our health, they began to truly question what happens when we give our minds time to rest and be still. Researchers the world over have found that meditation and silence can have a protracted effect on both our minds and our bodies, with benefits ranging from a reduction in anxiety to a slowing down of the aging process, as the journal Frontiers in Psychology reported. The results are truly fascinating.