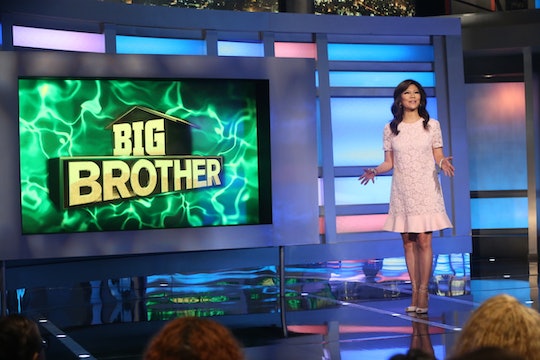 The 'Big Brother 21' Schedule Might Be Confusing For Some Fans

Big Brother can be a lot to handle. Unlike other reality TV shows, this one requires viewers to tune in three days every week and pay close attention to all of the content jam-packed into these hour-long episodes. For newcomers, it can be a lot to get used to, but the thing is, once you get used to it, there’s no turning back. Just so there’s no confusion, though, you should probably jot down the Big Brother air schedule so you don't miss an episode this summer.

Other shows might have reliable days and times each week, but as with most things Big Brother, it can be a little tricky. Not only will some of the days eventually shift this season, but the air times aren't even the same on each day throughout the week. Like I said, it's a lot. The payoff, of course, is that you get to be part of an immersive reality show that has so many intricate layers to it.

After the first couple of weeks are over, things will be a little easier, but you’re not alone if you need a constant reminder of when Big Brother is on, thanks to the complicated and sometimes confusing schedule this season.

Although there is a live eviction episode every week, the first official live eviction won't happen until Wednesday, July 3. After that, live evictions will air every Thursday night. There is a strong possibility that some Friday episodes will be sprinkled in this season, as is often the case. And at times, host Julie Chen Moonves might announce that an episode or two is longer than usual. Luckily, our trusty host typically lets viewers know at the end of each episode when the next new episode will air. Just in case you’re already a tad confused.

The Big Brother air schedule this season does differ from last year’s. Last season, the show aired on July 4, foregoing the change in schedule that this season will implement. If this season also chose to air an episode on July 4, then it’s possible that there would be no need for the first two weeks of the show to feel so wonky with the schedule. Regardless, it will be a little easier to follow once we are over the hump of early season confusion.

Although evictions usually take place on Thursdays and the following episode doesn't typically air until the following Sunday, fans should be sure to, as Moonves says, expect the unexpected. The official air date schedule might not yet account for random Friday episodes, but it also doesn't account for those weeks when the live eviction will be cancelled or will include a double eviction, thus needing more time, or needing the head of household competition to air in its entirety on Sunday instead of partially on Thursday.

Luckily, viewers are usually informed of these changes with enough time to plan accordingly, but Big Brother fans are nothing if not adaptable. It takes a certain level of dedication to watch a reality show three days a week while also keeping up with the live feeds. Big Brother is like a subculture all on its own and as confusing as it can get, most fans rarely let the hectic Big Brother air schedule lessen their interest in the game.