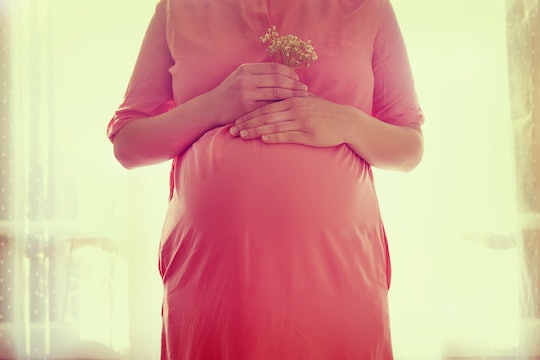 It seems like forever ago that I was pregnant and preparing for the birth of my child, but in all actuality it was less than two years ago. Like so many first-time parents, I was hit with a nearly endless stream of questions about my pregnancy. Out of all of the questions that I got though, none was as popular as inquiring about the sex of the fetus. “So, is a boy or a girl?” people would ask me, beaming from ear to ear, or sometimes simply “what are you having?” Yet despite the social pressure to learn what was between our child’s legs as soon as possible, and the technology that makes it easy for parents to do so, my wife and I elected not to find out our baby's sex before birth. It seemed like a simple decision and not a very radical or interesting one at the time. But as we've gone on, I realize that it has positively impacted my relationship with my child, my parenting practices, and ultimately even made me a better mom.

These days, it’s fairly common to learn the sex of your baby during a routine sonogram, pretty much as soon as the external genitalia is visible. Although actually, it’s worth noting that the results from the sonogram aren’t always accurate, according to a CNN Report with reporting from the Society of Diagnostic Medical Sonography. For one thing, fetuses move, the image isn’t always as clear as you’d like, and since it’s just a visual reading, people can easily miss things (or think they see things that aren’t there). For another thing, intersex people exist, but a sonogram won’t tell you anything about that, since all they’re doing is checking for a visible penis. My wife and I discussed our options, and ultimately we came up against one question: Why would we need to know? We couldn’t think of a good answer to that question, so we elected not to find out. Contrary to popular belief, it wasn’t because we wanted to be “surprised!” It just didn’t seem necessary for us.

We knew that we weren’t planning a heavily gendered nursery. We knew that, as gender-equality minded people, we’d aim to treat any child we had the same regardless of their sex and perceived gender. We also understood that sex and gender are not the same thing, and that our child could potentially be transgender, gender variant, or intersex. Given all of that, it seemed weird to want to take a peek at our little one’s genitals in an effort to guess who they would be later in life. So we said “no thank you,” and just moved on with our lives.

I realized, once I still didn’t know my baby’s sex long after people expected me to, that my own implicit biases were stronger than I imagined.

Or rather, I tried to. Other people (friends, family members, and even total strangers) often felt the need to discuss my child’s sex and gender with me and around me. They had guesses and predictions, and they all came loaded with assumptions. It felt weird to be on the receiving end of all that heavily gendered discussion, and I held fast to my position that I thought my child’s genitals were one of the least interesting things about them. But, if I’m being honest, being constantly asked how I felt about my kid’s sex and gender (“well, what do you think you’re having?” and “it would just drive me nuts not to know!”) made me notice my own assumptions, and interrogate them more carefully than I otherwise might have.

I’m not breaking any new ground here when I say that human beings often hold biases we aren’t even aware of. Most of us think of boys differently than we think of girls, no matter how feminist or equality-minded we may be. I realized, once I still didn’t know my baby’s sex long after people expected me to, that my own implicit biases were stronger than I imagined. While I could certainly imagine being perfectly happy with a boy child, a girl child, or a differently gendered child, it was impossible to think about my kid without speculating about gender at least a little bit. It stressed me out at first, to notice that about myself. What if I was just as hung up on gender as everybody else? But I think that in the end, confronting that helped me.

Once I had a way to refer to my child as a person without referring to them as a gendered person, it became much easier for me to imagine that they could be whoever the hell they wanted to be.

For one thing, there was the whole conversation about pronouns. It seemed like most people, when they found out the (apparent) sex of their fetus, they switched from using “it” to refer to said fetus to either “he” or “she.” I realized that many people in my life were so unfamiliar with gender-neutral pronouns that they felt like they really needed those gendered pronouns in order to humanize the baby. My wife and I didn’t ever, that I can recall, refer to our baby as “it.” Instead we went for the gender neutral singular “they.” And that small language shift helped me to think about my kid in a more expansive way.

It’s a little bit difficult to explain, but once I had a way to refer to my child as a person without referring to them as a gendered person, it became much easier for me to imagine that they could be whoever the hell they wanted to be. It also, though perhaps only subtly, affected our physical preparations for a child. While loved ones stuck to purchasing us things in only grays, greens, and yellows, we branched out and embraced the whole color spectrum. Why shouldn’t our child have pink? Why shouldn’t our child have blue? We couldn’t afford to get them much, but when we could, we went for it all.

He is, forever and always, a person first, and a boy only if he wants to be.

Not being able to picture a specific gender for our kid made me realize how much we didn’t know about them. It made me realize that, as a parent, of course I want to know as much about my kid as possible. I love my kid, and trying to understand them is a big part of that. Now I can empathize with why so many parents want to know the sex of a baby as soon as possible, because it seems like the only thing you can know about them for so long, but my wife and I felt it wasn't up to us to decide who our child would be. We felt (and still feel) that it's up to them to tell us who they are, and that includes gender.

These days, my child is 1 year old. After he was born, we started using male pronouns for him, largely because it was easier for family members. But the time that we spent without using gendered terminology for him has had a lasting effect on how I think about him. He is, forever and always, a person first, and a boy only if he wants to be. There are lots of things that make me the mom I am today, but one of them is that I let myself have that time to think about him, and myself, without all that gender baggage. And really, it's made all the difference.