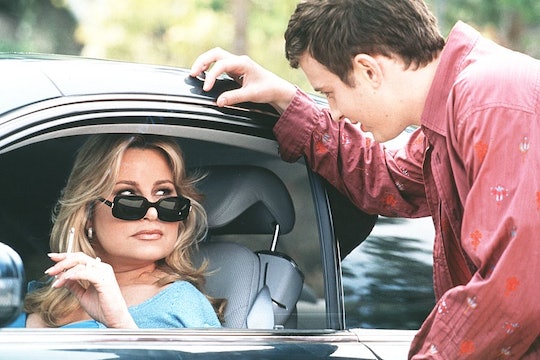 As women, we sometimes unnecessarily obsess over our health or our looks thanks to the ridiculous standards that our society urges us to achieve. It's no wonder that we're self-conscious: These days, so many compliments actually sound more like insults. Not too long ago, I was hanging out with some friends and heard one of them say that someone was "hot for a mom." While I'm assuming they meant it as a compliment, I'd be lying if I didn't admit that it irked me. "Why does she have to be "hot for a mom?"" I asked. "Why can't she just be hot?"

"You know what I mean," my friend pleaded, and in this friend's defense, I actually do understand that they meant no harm or insult. That's not to say that I think that saying someone is "hot for a mom" is OK — I don't. And I honestly believe it's too often used in a backhanded manner.

The truth is, when you tell someone that they are "hot for a mom," you're essentially telling that person, "Yeah, you're hot but you're less hot than you were before you had kids." You're telling that person that their stock has dropped, or that their value has somehow decreased since they had children.

Maybe you didn't mean it that way, but honestly, how you mean something counts for nothing compared to how it's received by the person you're saying it to.

This sort of objectification deducts doubly from a woman's perception of her own body. Her body is already measured by impossible standards that might never be attained in the first place, but especially now that she's a mother, she's got even more hurdles to jump over in order to achieve what society will accept as ideal.

Commenting on someone's hotness (which is basically a measurement of their ability to conform to a narrow definition of attractiveness that has nothing to do with the reality or inherently awesome parts of their body) in relation to their identity as a mom can be quite damaging. It poses the potential of making a woman feel like less of a mother, like even though she works tirelessly all day and all night to make sure that her children are taken care of, she's still minimized to that of a body that serves the sole purpose of visual pleasure. It makes her feel like no matter what she does, no matter what she accomplishes, her achievements will continuously be reduced to her physical appearance.

And by adding "for a mom" to the tail of this objectifying phrase you're making it seem as if the general population of mothers are disheveled, scruffy, old hags incapable of exuding any sort of sexuality or desirability. And that's just not the case at all. Sure, we're tired and exhausted sometimes, and there are days when yoga pants and messy buns are the only reasonable options that we can accommodate since we're taking care of our kids, but that doesn't mean that we spend every single day festering in a pit of Ben & Jerry's and week-old laundry.

It's not like we immediately let ourselves go (also a ridiculous phrase) once we have kids, but when you're taking care of an all-consuming human, you sort of run out of time to do thousands of squats and contour your face, ya know? There's these things called priorities, and hair and makeup sometimes are sometimes at the bottom of a very lengthy list. Of course, having priorities (and being "hot" falling low on that list) is not even remotely exclusive to moms. The fact that women in general are still expected to look a certain way in order to be considered "hot" and that moms are automatically withdrawn from the deliberation because they're, well, moms is simply ridiculous.

Saying someone is "hot for a mom" not only implies a general (and very untrue) desexualized idea of mothers, but it's a reminder that no matter what else a woman is, or does, she is ultimately still being measured by the same horrible yardstick.

There are people walking around every day who don't give so much as a second thought to their appearances, but when a mother does it, it's automatically assumed that her sexuality and attention to how she looks has been neglected simply because she's a mother. Do people treat dads the same way? Do you ever hear people saying that someone is "hot for a dad" or comment on all the "dad bods" out there? Is there such a thing as dad jeans? Answer: no.

Maybe when you tell someone that they're hot for a mom, you're operating under the assumption that it's a compliment. I get that, and of course, we all appreciate complimentary remarks — but this phrase is not a compliment. It's like making the junior varsity team when you've worked for months to make varsity. It's a participation ribbon that says "Hey, You Aren't The Last Person On Earth I'd Have Sex With Even Though Your Status As A Mom Makes You Automatically Less Appealing Than Other Women." No one wants a ribbon that says that.

In general, be super judicious about commenting on a woman's body at all.

If you really want to compliment a woman on her physique or her appearance (and seriously, think twice about what you're saying, and to whom, and when, because there are a lot of deeply sexist "compliments" out there), just keep her parental status out of the equation. And in general, be super judicious about commenting on a woman's body at all. Her body did amazing things and it deserves to be adored and respected, but don't deduct from your sincerity by failing to think about the meaning behind your words.

More Like This
Why Your Vagina May Be Itchy After Sex & What To Do About It
Fun, Sexy Maternity Lingerie, For When The Mood Strikes
140 Quotes About Love To Make You Swoon
71 Instagram Captions About Love, Because It's All You Need
What Parents Are Talking About — Delivered Straight To Your Inbox