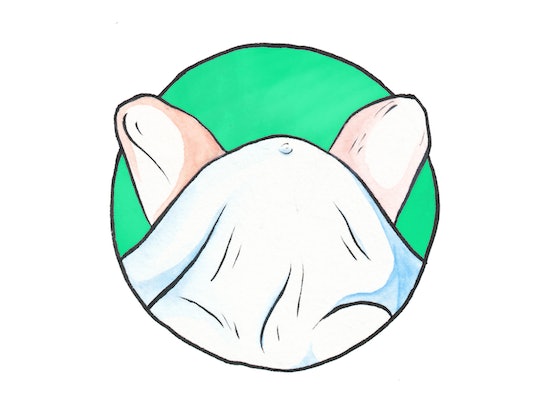 There is too often a battle between women who have had babies over whose birth was harder. Many women like to claim that they experienced a "natural birth" (what is a natural birth even? I mean, isn't every birth natural?), as though delivering that way somehow makes their birth experience more valid than women who either had medicated vaginal deliveries, or c-sections. To be fair, not all women who have unmedicated vaginal births instantly become smug and superior; their birth stories don't automatically make them obnoxious and shame-y anymore than someone who delivered via c-section is inherently lazy and cowardly because of it.

But outside of the women using the term "natural labor" and what they mean by it, let's talk about the words themselves...because there's a bit of a problem there.

A woman's body was built capable of doing so many things, among them for most women is the ability to bring children into this world. This, you would think, immediately makes giving birth, by any means, a "natural" act. Sometimes our bodies' capabilities are medically limited for one reason or another, and as a result, scientific or medical interference is sometimes required. But the end product is always the same: those beautiful, loud, perfect, squeezable, little humans we so adore.

When the anesthesiologist finally arrived ... minutes later, my sweet, perfect, beautiful little boy was born. And he was born naturally because there is literally no unnatural way to do something like give birth to a human baby.

Sometimes women have difficulties conceiving children. Sometimes our inner plumbing creates issues and limits the process of fertilization, inhibits our ability to safely carry and deliver a baby. Babies often like to make themselves comfortable in our wombs and refuse to come out when we want them to, and basically all of the time, no matter what, labor is just freaking hard. Sometimes it hurts. Sometimes it hurts a lot. Some women choose to avail themselves of the assistance of science in alleviating some of that pain — but that doesn't mean that their births should be somehow deemed unnatural.

Personally, both of my deliveries involved the use of epidurals and Pitocin because my body refused to finish my labors in a safe and timely manner like I wanted it to. With my first baby, my water broke...and then nothing happened afterwards. In fact, I waited a solid nine hours at home watching reruns of Friends and napping sporadically while I braced myself for the contractions that never came. After speaking with my doctor, he said that my baby and I were at risk of contracting an infection if he wasn't delivered within a certain amount of time, so after that super exciting news we decided to head to the hospital.

Many hours of a slight Pitocin drip later and my labor still hadn't progressed, so the doctor instructed the nurse to "crank it up" in order to speed the process so that he could avoid having to deliver my son via cesarean. And crank it up she did. The Pitocin was quadrupled and mere minutes later I thought I was experiencing the spontaneous combustion of my uterus. After holding out on the epidural for a few hours I finally asked (OK, begged and pleaded) the nurse to call the anesthesiologist for my epidural. There was only one problem: It was going to take over an hour to do so because he was backed up with surgeries. So I cried a little and continued to hallucinate through my drug-induced, mind-nunbing contractions.

When the anesthesiologist finally arrived, I wrapped my sweaty, trembling arms around his neck and told him that I loved him. Five minutes later, I was as happy as a clam. Less than two hours after that, the pushing began, and around 45 minutes later, my sweet, perfect, beautiful little boy was born. And he was born naturally because there is literally no unnatural way to do something like give birth to a human baby.

I applaud those of you who give birth [unmedicated] ... but why does celebrating your accomplishment necessitate the shaming or invalidating of mine?

My second birth also required Pitocin because my labor once again came to a halt. Luckily, I had learned a very painful lesson during the delivery of my first son — I didn't waste any time on getting my epidural this time.

Since the delivery of my boys, I've often swapped stories with other women regarding the way their deliveries went down. When I explain how painful the Pitocin contractions were I'm often interrupted with eye rolls. "Yeah, try doing it naturally," they say. This is a comment that continues to baffle me.

Did a living being not exit my body during my delivery? Right, so why is the birth of my sons considered any less natural than that of someone that chose to forego the pain relieving medications? I applaud those of you who give birth this, by the way, but why does celebrating your accomplishment necessitate the shaming or invalidating of mine? When we tell women that their deliveries weren't done "naturally," we're deducting from their entire birthing experience. We're telling her that her experience was too easy, or that she doesn't deserve the same amount of praise as every woman who has delivered a child.

Minimizing someone else's story or experience is incredibly belittling. If I had to take away one lesson from my labors and deliveries, it would be that you really don't have all that much control over how the whole scenario goes down. There are emergencies, complications, and delays. Each woman is unique in her own way, and each woman's baby is going to come into the world in their own way. We have very little power to predetermine any of it. For some women, having a drug-free birth may have been easy, though others in the same situation might have immediately regretted that decision.

Everyone's experience in the delivery room is different. I'm so happy for women who are lucky enough to be given all the right conditions that allowed them to work hard and get the kind of ideal birth they wanted. But in celebrating that, let's stop telling women that they didn't do it the "right" way or the "natural" way, and start applauding our bodies for the amazing work they do.