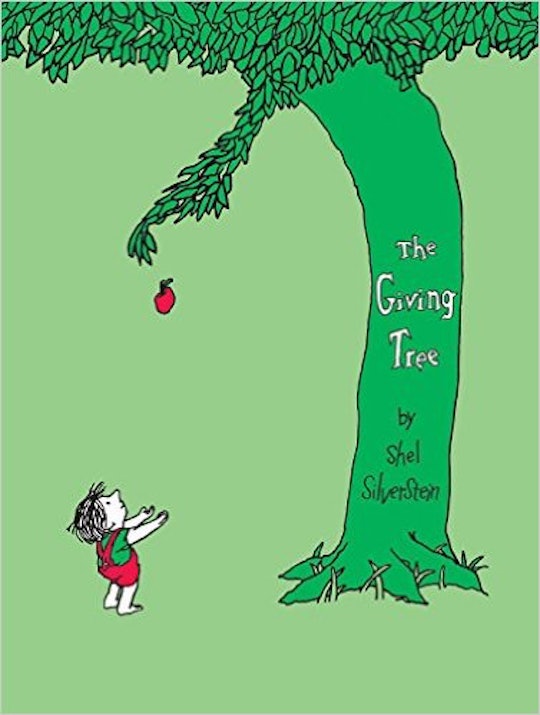 The One Thing You Never Knew About 'The Giving Tree'

Shel Silverstein's classic book The Giving Tree is on just about every children's bookshelf out there. I'm pretty sure there are three copies floating around at my house alone. The book has stood the test of time, but there's probably one thing you never knew about The Giving Tree.

Did you know The Giving Tree was banned?

In 1988 the book was banned from a Colorado public library, who argued that the book was sexist. The boy in the book has been criticized for being predatory, and several schools challenged the book, saying that it criminalized the foresting agency.

The long standing debate over what the book is really about hasn't helped its cause along the way. Is the tree your mother? Is the tree nature? Is the tree you? While children eat up Silverstein's poems and stories, parents often see a side of the tales that's a little more grim upon rereading them as an adult.

Sure, the boy asks for a lot from the tree. But the moral of the story is a little bit ambiguous, isn't it? Some view it as a tale of morals, a warning for children not to ask too much of their parents, elders, even their world. Some view it as a tale of bad parenting. If the tree represents the mother, then why doesn't she ever say no to the boy?

Silverstein has gone on record stating that he's not a fan of happy endings, saying that the create a sort of alienation for children. He prefers the ambiguous endings, stories where people are allowed to decide for themselves what the tale means.

Maybe that's why libraries and schools have challenged the book, because Silverstein left moral ambiguity on the pages for everyone to interpret to their own liking. It's true, rereading The Giving Tree is a very different experience as an adult, but the same can be said for most children's books. Silverstein's words aren't the only children's books whose messages have been challenged, and even banned over the years.

As for what the story means to Silverstein, he told the New York Times, "It’s just a relationship between two people; one gives and the other takes."