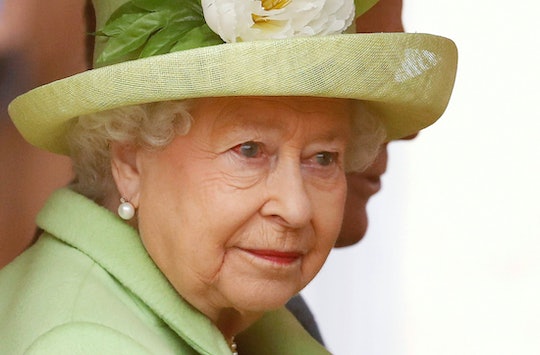 The Queen Responds To The Manchester Attack

On Monday night, a suicide bomber killed at least 22 people and injured another 59 more at an Ariana Grande concert in Manchester, England. Among the dead and wounded were adults, children, and teenager concertgoers, in a terrorist attack for which ISIS claimed responsibility Tuesday. As British Prime Minister Theresa May weighed in, the Queen responded to the Manchester attack, releasing a statement via the Royal Palace website. The statement reads below in full:

A message from Her Majesty The Queen to the Lord-Lieutenant of Greater Manchester:

The whole nation has been shocked by the death and injury in Manchester last night of so many people, adults and children, who had just been enjoying a concert.

I know I speak for everyone in expressing my deepest sympathy to all who have been affected by this dreadful event and especially to the families and friends of those who have died or were injured.

I want to thank all the members of the emergency services, who have responded with such professionalism and care.

And I would like to express my admiration for the way the people of Manchester have responded, with humanity and compassion, to this act of barbarity.

This is the second such message from Her Majesty the Queen in as many months, as Queen Elizabeth II responded to the Parliament attacks in March. In both messages, she praised and work of the first responders, expressing her gratitude to them in her heartfelt message.

The Queen turned 91 in April. Though her duties are largely ceremonial within the United Kingdom, the steadfastness of Queen Elizabeth II, particularly in the face of threats to the countries of the British Commonwealth. Though the Queen's official statement was brief, her messages of condolence and support have always been deeply appreciated by her people. Her resilience also resonates around the globe as well, which is much needed given the alarming number of terror attacks in Europe since 2015, according to The Telegraph. Monday night's bombing at the Ariana Grande concert marks the 12th such terror attack in Europe over the last two years, totally at least 312 total fatalities.

Many people reacted positively to the Royal Family's tweet of the Queen's message of condolence, while others compared her eloquence to that of President Donald Trump's statement on the Manchester attack, who called the perpetrators "evil losers" while in Israel on his first foreign trip overseas.

A vigil for the victims of the Manchester attack will be held in the city's Albert Square at 6 p.m. London time, as announced by the city's new mayor, Andy Burnham. It is not known whether the Queen or any member of the Royal Family will be in attendance; she did not attend a similar vigil in the wake of the Parliament attacks in March. Regardless, the Queen's message of sympathy and support has been felt all around the country and even the world, as we all grapple emotionally in the aftermath of yet another terrorist attack.