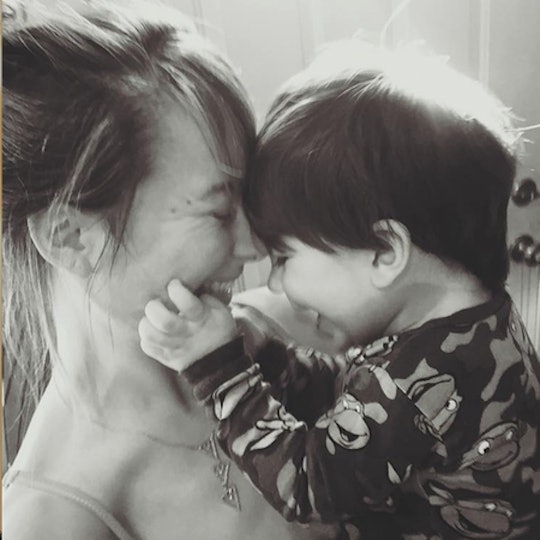 I'm sitting down to lunch with coworkers, enjoying a sullen but sunny Tuesday. We're talking about the Stanford Rape Case the way I imagine most women across the country talk about rape now: detached, yet infuriated, our words doused in hopelessness as the air between us hangs heavy with palpable grief. We're discussing Brock Turner's father's letter defending his son's actions and the decision to describe his rapist son's actions as "20 minutes of action." Amid our disgust, a coworker poignantly states, "Well, we can't be surprised he hasn't apologized. With a father like that, his actions and his lack of remorse make sense."

A cold chill runs down the length of my spine. As a sexual assault survivor, I can't look past Brock Turner's choice to rape an unconscious woman behind a dumpster. I can't look past a judge sentencing a rapist to six months in prison out of fear a longer sentence would have a "severe impact" on him. I can't look past the letter the Stanford University victim wrote to her rapist with a powerful bravery I'm still in awe of. But I am forced to look at the entire situation as the mother of a son. I'm forced to consider how to talk to my son about rape, how to talk to my toddler about my own abuse, and how to teach him that just because his body is male, he does not have privilege or power over anyone else's.

To my horror, I wonder if my partner and I will unknowingly make the same mistakes.

I reread Brock Turner's father's letter once more, hoping that maybe this time I will understand the root of his tone-deaf response. I start to consider the level of responsibility a father and mother have to their child. Where do we draw the line? Where does the responsibility of the parents end, and the responsibility of a young adult begin? Can I blame Brock Turner's parents for his actions, or should I simply blame him? Most importantly, what did Turner's parents do wrong and, how am I doing to raise my son differently?

I wonder if Dan A. Turner dehumanized women or trivialized their existence or sexualized their bodies to the point that his son felt superior enough to rape someone. Were his comments obvious and unapologetic, or were they more subtle, learned over time, the product of the privilege of being born white and male? Or did he learn it elsewhere?

These questions plague me throughout the day. The hows, whens, and whys are all I can think about. They smack me in the face when I open my arms and call my toddler son to me as he runs in my direction, arms and legs flailing with a smile on his face. I don't want to humanize Brock Turner. I don't want to search for an ounce of decency buried somewhere inside a man who attacked a woman. I don't want to think about a convicted rapist as an innocent child and blur the edges of his cruelty. And yet, in order to try and understand how his parents may have raised a rapist, I find myself doing that very thing. I wonder how his mother felt when he ran into her arms as an uncoordinated toddler. I wonder what his father thought he would become when he watched him play on their living room floor. Surely, neither parent ever envisioned their son would be a rapist — his father, at least, still doesn't think he is. But he is. Surely, they never thought they'd be in this situation. But here they are.

We have no idea how Brock Turner's father treats women, but I wonder if Dan A. Turner said things about women that made his son believe he was entitled to another's body. I wonder if he somehow, intentionally or not, helped Brock feel he didn't need consent and that he was capable of forcibly taking "20 minutes of action" whenever he considers it convenient. I wonder if Dan A. Turner dehumanized women or trivialized their existence or sexualized their bodies to the point that his son felt superior enough to rape someone. Were his comments obvious and unapologetic, or were they more subtle, learned over time, the product of the privilege of being born white and male? Or did he learn it elsewhere? Do Turner's parents even think themselves responsible, or has the prevalence of rape culture left them blissfully unaware?

And then, to my horror, I wonder if my partner and I will unknowingly make the same mistakes.

I want my anger to erase that Dan A. Turner's humanity. I want his words to keep me from really examining him and thinking on the decisions he's made as a parent, but as a mother to a son, I can't.

It's easy to point fingers and blame one person. In the end, I believe that Brock Turner is ultimately responsible for the rape he committed. I hold him solely accountable for his disgusting actions. But in order to change the fact that a person is sexually assaulted every 107 seconds in this country, I think about my own job as a parent. How are parents perpetuating rape culture? How are we raising our daughters? Our sons? How is our judicial system punishing rapists or, sadly, how is it not? What can the collective "we" do — what can I do? — to change a reality that creates an average of 293,066 rape and sexual assault victims each year?

I see my son's innocence every day. I see him wave to strangers, unknowingly oblivious to the dangers of the world and how his status as a cisgender white male (if he continues to identify as such later in life) keeps him safer than others. I want him to stay innocent and naive as long as possible, but I also want him to know that with his privilege comes a responsibility. I want to teach my son about consent, not just so that he can stay safe, but so that he can make sure those around him who are not as fortunate as he is can stay safe, too. I want him to be like one of the men who saw a sexual assault taking place and stopped it, not one who sees an unconscious woman and thinks he has an opportunity to get some "action."

I have a responsibility to my child and to the children he'll one day grow up with and surround himself with to look at what Brock Turner's father did and do the exact opposite.

I can't see Brock Turner in my son. I don't think a single parent can. We want to see the best in our children, and we want to believe that we're raising them to be the helpers of the world, not the vindictive attackers who hurt others. But as a parent, I have to look at every possibility and every scenario and consider how my potential actions (or inactions) could, one day, be a factor in causing someone else's pain. I look at where other parents went "wrong": what they said to their children to give them a sense of entitlement over others, what they did that made their children think they were above the consequences of their actions, how they failed to instill a sense of responsibility in children who are privileged by the grace of the cosmic hand they were dealt.

I look at myself and my partner and juxtapose our decisions with those of fathers like Brock Turner's. I want my anger to erase Dan A. Turner's humanity. I want his words to keep me from really examining him and thinking on the decisions he's made as a parent, but as a mother to a son, I can't. I have a responsibility to my child and to the children he'll one day grow up with and surround himself with, to look at what Brock Turner's father did and do the exact opposite.

I promise myself that I cannot — I will not — raise a rapist. But that thought is hard to stew on, especially as my son brings me a book about Elmo, climbs onto my lap, and nuzzles against my chest. I wonder if it's fair to force myself to think about what I consider to be an impossibility. I kiss the top of his head and force the tears outward, terrified by the thought of my son ever hurting anyone. I don't want to consider that reality. But I must.

I don't know if Brock Turner's parents failed him. I don't know what went on his home. Judging by his father's appeal for his son, I can only assume what he did and didn't do. And all I know is that I don't want to fail my son. Maybe if the parents of my attacker considered all of possibilities — even the ugly ones — maybe I wouldn't have been force to suffer from PTSD and anxiety as a sexual assault victim. Perhaps if Brock Turner's parents had, maybe his victim wouldn't have to sleep with the lights on or keep twin bicycles above her bed as reminders of the two men who saved her. Maybe if more parents asked themselves difficult questions and think about the impossible scenarios and how they can keep them from occurring, 9.7 million Americans wouldn't have been sexually assaulted in the last 20 years.

In this moment, as I read out loud to the precious life I carried and birthed and sustained, I feel an immense amount of responsibility. It's a privilege I do not take lightly. My son will be better. My son will know better. I promise him that. I promise the future men and women of the world that. And as a survivor of sexual assault, I promise myself that. I will raise my son to be what more of this society desperately needs.