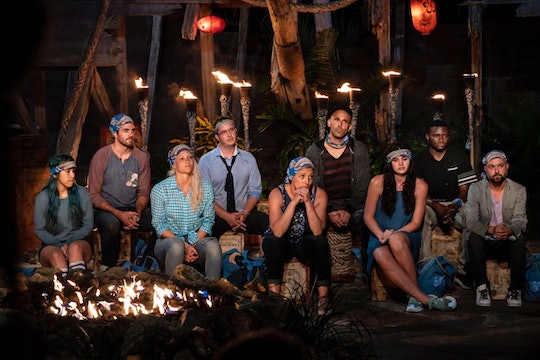 Everyone loves a good twist on reality competition shows. They keep things interesting and keep the players and viewers on their toes. But sometimes, twists can offer almost too much help to players who may not deserve second or third chances. For whatever reason, some fans just aren't into eliminated players getting the chance to reclaim their respective spots. And the Survivor Edge of Extinction twist has fans torn. This season’s big twist gives players who were voted out the opportunity to return to the game. On reality TV, this is nothing new. On Big Brother, there are "battle back" competitions and some seasons of MTV’s The Challenge have surprise competitions to make formerly eliminated players fight for a spot in the game again.

Being given the opportunity to compete for another chance on Survivor is a huge deal. It can literally be the difference between walking away from the show with nothing but a month’s worth of underarm hair and leaving the show $1 million richer. On the other hand, as some fans have pointed out on Twitter, once you’re sent packing, that should be it. You were given a chance and you blew it. Being given the opportunity to come back almost cheapens the effort other players put into their own games. It’s a whole thing. It’s easy to see both sides and right now, Survivor fans are torn about the Edge of Extinction twist.

Unbeknownst to players who are voted off the island on Survivor Season 38, they are later given the choice to either continue on their path to leave the show and return home or take a lighted torch and potentially get another chance at the game. They are sent to a pitch black beach with just their torch and if they are the first to arrive of the exiled survivors, they will be alone until someone else comes. It’s very Lost of the show and it sounds like the perfect way to let players battle it out to get back to the game. Some fans are into it.

The twist the perfect solution for fans whose Survivor fantasy rosters might be looking a little worse for wear by the time a few elimination ceremonies have gone down. This is the chance for favorite players to come back into the game. Maybe they got the short end of the straw when they were voted out and they legitimately deserve another chance. The Survivor Edge of Extinction twist could give that to them.

Survivor host Jeff Probst told Entertainment Weekly that the idea came from wanting to take the Survivor game to a much deeper level to really challenge the show’s competitors.

"I love the game play. I love the twists and idols. We’ve worked hard to create this element of game play," he said. "Now we want to see…why are people playing? Is it really just to find an idol and win a million dollars? Okay, then if you’re voted out, you’ll probably go home. But if there’s something stirring inside you and you’re posed with this question of 'Wait, I could maybe get back in?' then maybe you’ll push yourself a little further and see what you’re made of."

The twist might be an exciting game aspect for some longtime fans, but other devoted Survivor fans are in agreement that when you’re voted off, you should stay gone. You have had your chance and you blew it, and the remaining players should get their chance to continue to compete for the prize money.

While I love a good reality TV show twist, I can see where some of the nay-saying fans are coming from. It almost lessens the value of the game, in a way, to give voted off players the chance to come back and take an opportunity from someone else who might have worked a little harder up until that point.

This isn't the first time Survivor has implemented the idea of a challenge to allow players back in the game. Survivor Redemption Island had a similar twist. And despite other players being given the chance to "duel" their way back to the competition, that season’s winner wasn’t a formerly eliminated contestant. So while these kinds of twists can throw a wrench in some players' games, it doesn't necessarily change everything.