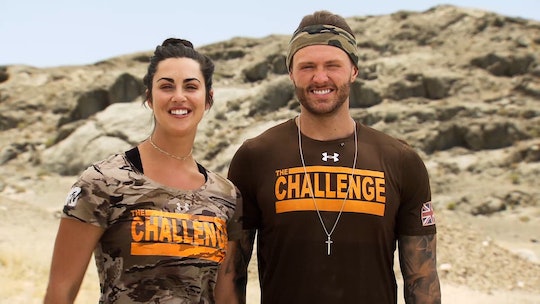 'The Challenge' Teams Have Been Dissolved & It's Everyone For Themselves

The driving force this season on The Challenge has been the teams and the drama that some teammates brought to their partners. Da'Vonne has had to live with Bear’s mistakes while battling herself out of elimination time and again. Julie and CT were sent home early this season, in part because so many players were gunning for CT, a Challenge legend. But now, the teams are gone on The Challenge and things just got a little more bananas. And no, I’m not talking about Johnny Bananas, because there’s no way they are bringing him back for a second chance mid-season.

The players who have had to bear the brunt of the vendettas other competitors were trying to play out against their partners are now free to play their own games. Mattie, for all of the loyalty she had for Kyle, seemed especially relieved to get to branch out on her own, This is her first Challenge season, after all, and she’s had little chance to play a game she was comfortable with. Instead, she had to deal with the fallout of Kyle’s former relationship with Cara Maria and the enemies he had made on the show over the years. Now, as she said in tonight’s episode, she will finally get to play her own game and that goes for everyone else.

I’m sure there will be new alliances in no time and some players who are determined to make it to the end with specific competitors, but there is only one grand prize. And now, instead of being $500,000, the winner gets $750,000, which is a big chunk of change for any of The Challenge contestants this season. The season might be halfway over, but things just got very real.

This could mean that Wes and Hunter will start working together even more, especially now that they don't have to hide it from their respective partners. I’m not sure how they will work out their partnership since there’s still only one monetary prize at the end, but they might be better off working together until the end rather than potentially being pitted against someone who has a better chance at beating either one of them.

Unfortunately for Georgia, the dissolving of teams on The Challenge could mean bad news. Her head has been halfway in the clouds when it comes to Bear and halfway back down on earth working with Hunter. Now that she doesn't have a partner to answer to, she could inadvertently focus too much of her time and attention on Bear rather than the game itself.

There is, however, the chance that the UK alliance will blow up in a big way. None of the UK alliance members have partners anymore so they are all free to keep working together, and that includes Georgia. They could all work together to take out all of the other players. So far, their alliance has been pretty strong and without partners weighing them all down, they could come out swinging.

As if the stakes weren't already high this season with money on the line and exes fighting each other, the players are now playing almost an entirely new game. The competitions will be different and the killing floor might even be changed to accommodate a different scenario of eliminations each week.

Right now, it’s still unclear if two people will still go home each week or if the former teammates will be pitted against each other on the killing floor. Some of them might choose to continue working with their partners purely for political reasons, but as TJ said, it is now every man and woman for themselves and things could get wild.