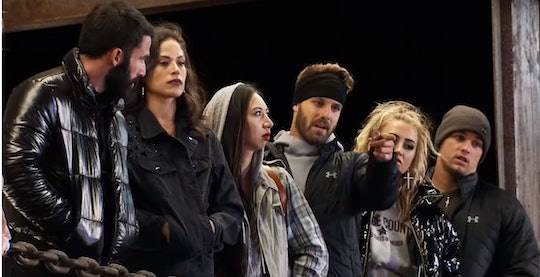 This Season's 'Challenge' Winner Could Be *Almost* Anyone

The vets are dropping like flies on The Challenge: War of the Worlds. If I had to guess ahead of the season who would come out on top, it would have been someone like Johnny Bananas, but he was out a lot sooner than anyone could have anticipated. Each week, one veteran player is sent packing and so many memorable vets are already gone. It’s still early, but fans do have some theories on who will win The Challenge this season and take home the $1 million prize.

For those who have watched The Challenge for years and know most of the returning players well, it’s easy to root for top competitors who have made names for themselves in the franchise. Other, newer fans, might be quick to vote for teams based on the rookies from shows like Big Brother and Ex on the Beach U.K. Either way, there are some strong teams so far this season.

While some fans might be certain that Paulie and Natalie will win it all, others are looking toward more subdued players like Gus and Jenna, who have remained (mostly) in the background of the drama. It still hasn't been revealed if the winning team will split the money or if the teams will eventually disperse and it will be every man and woman for themselves, but the game is getting fierce and Challenge fans have some ideas about who will win.