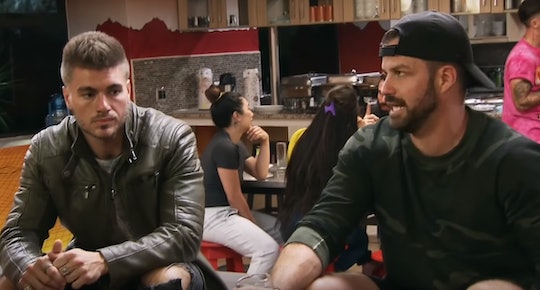 The Winner Of 'The Challenge: War Of The Worlds' Could Be A Rookie

Every season, the stakes on The Challenge get higher. The Challenge: War of the Worlds is no different, especially with half of the cast consisting of veterans and the other half made up of prospects who are new to the game. Regardless of everyone’s experience, though, viewers are going to wonder who wins The Challenge: War of the Worlds because honestly, everyone seems determined this season. I would be super competitive if there was $1 million on the line too, but even the prospects seem like they’re out for blood in the trailer. So right now, it’s almost anyone’s game.

If you’re a little overwhelmed by the cast of more than 30 contestants to start off, you aren't alone. I find it easiest to refer to them by nicknames like "That Guy Who Yells A Lot" or "The Woman With The Pink Hair" until it’s narrowed down a bit more. Because there are so many competitors to start off with, it can be hard to tell from the get go who will win The Challenge this season. But if I were a betting woman, I might put some of my money on returning vets CT or Johnny Bananas. They’ve both competed in the franchise so much over the years that, for fans, they are household names. If any of the vets have a chance, it could very likely be them.

Then again, there are prospects like Liz and Julie from Big Brother 17 who could use their twin status as an advantage, much like they did on Big Brother. Like I said, it's anyone’s game.

Most of The Challenge: War of the Worlds cast members are already strong competitors who have proven it either physically or socially on shows like The Challenge, Big Brother, Real World, and Love Island, just to name a few. While some of the newbies might not be familiar with how intense things can get on The Challenge, none of them are inexperienced when it comes to competing with others on a reality show.

Josh, who won Big Brother 19, proved he had the strongest social game of all when he came out on top without winning very many physical competitions. While The Challenge is more about having athletic skills on your side, he’s a strong competitor overall and if he can make some friends on War of the Worlds, it could help him in the long run.

Natalie is also someone to keep an eye on. She is the only cast member this season who has competed on American Ninja Warrior and that might be more difficult than dealing with competitions and verbal altercations on The Challenge. Something tells me that if there are teams, vets will be clamoring to get Natalie on theirs.

Some of the prospects have solid chances at winning War of the Worlds, but a vet could take home that prize money. They’ve all done this before so they already know the ropes. They might also be out to not only win the money, but to prove themselves after possibly losing in the past. The urge to make a name for themselves as a winner in the franchise could make some of these returning vets go further and work harder than the rookies.

Nany, for example, has already competed on seven seasons of The Challenge before this. While she walked away from Free Agents $35,000 richer, she still hasn't won any season. War of the Worlds could be her time. Or, she might compete harder than ever to try and make it her time. No matter who wins The Challenge: War of the Worlds, fans are definitely in for a wild season.