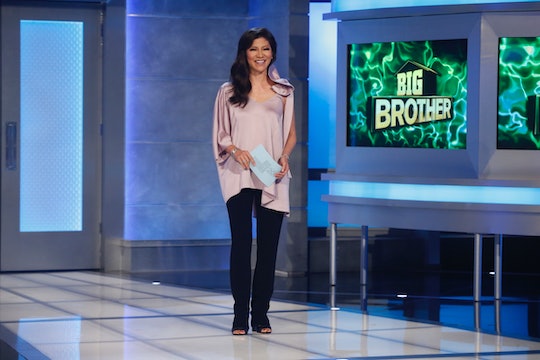 As if Big Brother 20 wasn't already intense enough, production threw in a double eviction just two weeks before the season finale. There are plenty of fan theories on the Big Brother double eviction that proving that fans are here for the eleventh hour drama. The pressure was already on for the remaining seven houseguests to make it to the end of the season and claim that $500,000 prize, but this takes things to a whole new level.

Myself, I firmly believe that the double eviction will be the start of the downfall of the remaining members of the Level 6 alliance. That's not to say that someone from the alliance won't still win the game at the end if the season, but I think Tyler and Angela know how easy it would be to take out Sam and JC, who aren't part of the alliance, at any other time. So from where I'm sitting, someone from Level 6 is going to be on their way to the jury house with just enough time so sulk and stew before voting on finale night. Not all Big Brother fans are banking on Level 6 breaking up, though, and predict that floaters like Sam or JC could be in danger.

When the possibility of Sam winning the double eviction head of household competition came up on Reddit, user Masher7 wrote that in that instance, Sam would rely on Brett and Tyler's instincts. According to the Redditor's theory, in that scenario, Sam would nominate Kaycee and Angela, and the houseguests would evict Kaycee because of her recent comp wins. I can't say it's the most outrageous idea out there. Sam really does seem to trust Tyler with her Big Brother game and in the event that she's the next HOH, there's a good chance that she would indeed ask for his advice on nominees.

Another Redditor, BMhorror, had a similar double eviction theory. They also wrote that Sam could win HOH and get Kaycee sent home. But they also theorized that afterward, the house would divide into Brett, JC, and Sam against Tyler and Angela. The latter pair would then work to get JC out of the house, and afterward Brett would manage to take Sam to the final two and win the whole game. I don't know how easy it would be for Brett to get Sam to go against Tyler, her main squeeze for most of the season, but this is Big Brother, after all. Expect the unexpected and all that.

Beatle_Matt posted a less dramatic theory that on Reddit that Sam goes home during the double eviction Thursday night. They reasoned that since the decision has to be made so quickly, Sam might get the brunt of it. "You'll probably see them tow [sic] the party line, and vote out a sort of non/low level Lvl 6 member," the Redditor wrote. And although that's not the most exciting end to a double eviction night, it could be the way things go.

On Twitter, a user by the name of Matt Soleyn said that he thinks Tyler could be made a target after Haleigh is inevitably voted out of the house. "I think Tyler could go after Haleigh [leaves the house] if someone realizes he is gonna cross them," he wrote. Tyler has made pacts with pretty much everyone left in the Big Brother house, only none of them know it yet. If that somehow came to light, he could potentially find himself with a target on his back. But he’s played such a strategic game this season that I don't think I see his plans backfiring on him anytime soon.

As a fan, I live for nights like this, when the show is live and almost anything can happen in terms of gameplay. If some of the houseguests have a plan in place, things can still change when they're in the high pressure situations that double evictions call for. Viewers can theorize all they want, but regardless of who else goes home Thursday, it's bound to be b-a-n-a-n-a-s.