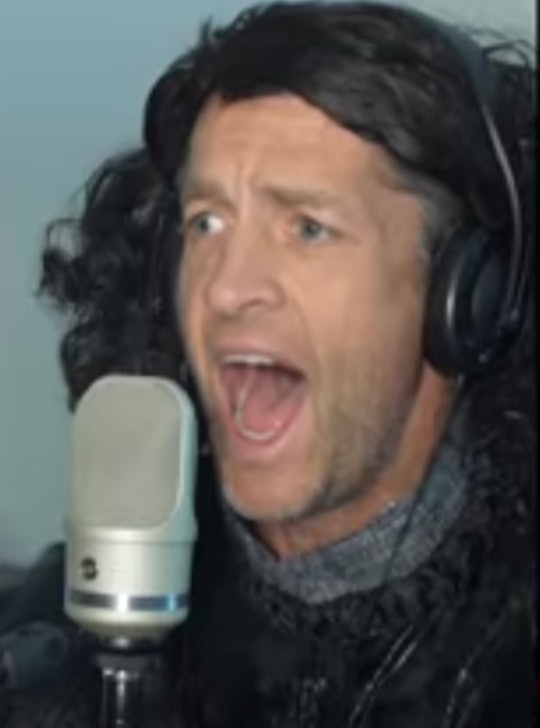 This Dad Wrote Lyrics For 'Game Of Thrones' Theme…

Game of Thrones fans are getting restless; there's only one more episode left this season, and it feels basically impossible to imagine life beyond the wall once it has finished. Real fans know what it is to be so completely and utterly focused on the show, on fan theories (like that new one about Bran and the Night King that is blowing everyone's minds) and possible endings, that literally nothing else can happen in your life. And this dad who wrote lyrics for Game of Thrones theme song can definitely say he is a real fan.

Father of two Penn Holderness from Raleigh, North Carolina is all about Game of Thrones these days, and it's apparently becoming a bit of a problem. The vlogger (who used to work in television) wrote and performed an a cappela version of the theme song for the hit series, mostly focused on how the show has sucked all of the meaning out of the rest of his life. And it is way too accurate.

I'm having no productivity,

Game of Thrones is all I can see.

When we're having dinner here at night,

When she's mad at me because I'm a liar,

He continued, singing about all of the weird overlaps in his life that seemingly have nothing to do with Game of Thrones... except they totally do.

When I am walking my dog down the lane,

I will try warging with her brain,

I have Game of Thrones on the brain.

We feel you, my friend. We really, really feel you.

Holderness and his wife Kim have created some pretty hilarious and accurate video parodies before, like this one where the rapped about the rhapsody of sending their kids back to school in this cover of "In Da Club."

It behooves me to note that Game of Thrones even got a mention in this amazing ode to back to school. After the kids leave and it is obviously time to celebrate, Holderness raps about his wife Kim (who suddenly has six blessed hours of freedom after entertaining kids all summer):

You can find her on da throne

You can do what you want when no one else is home,

This video clearly touched a nerve with some tired parents who just want a few hours to catch up on Game of Thrones; it's been viewed over 126,000 times.

Because as much as we all love our kids, we also just really need to know what's going to happen with the Khaleesi and Jon Snow. Priorities.