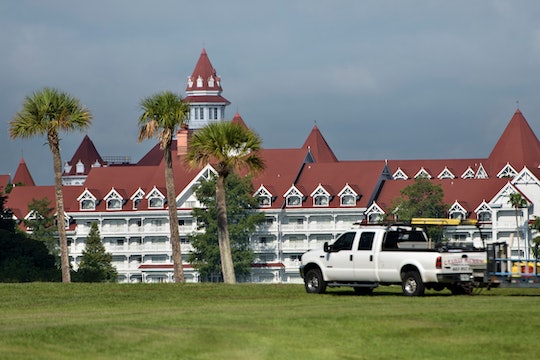 This Is The Wrong Reaction To The Disney Alligator Attack, & Here's What We Can Do Instead

A 2-year-old boy was playing at the water's edge on Tuesday evening. He and his family were newly arrived at the Disney World Resort, the Grand Floridian Resort and Spa, and were visiting the popular Seven Seas Lagoon attraction to watch a movie on the shore together. An alligator, possibly attracted by the movement on shore, came out of the water and dragged the boy away. It's so awful that it's difficult to put the incident and reactions to it into words. It's hard to know how to react. And I'm worried about that — the reactions. Because there is a wrong reaction to the Disney alligator attack. And there really is something we can all do instead.

One of the very first questions that seems to pop out of people's mouths is, "Where were the parents?" As if this couple brought their children to Disney World and just suddenly decided to stop caring about them. As if they are somehow culpable. The blame game starts up pretty quickly and rarely appears to need any sort of rules. Why do we do this? When we are faced with a child and tragedy, why does our emotional wheelhouse turn to judgment and blame? Is it because we need to believe that this would never happen to our children? Do we react with finger pointing because we are terrified to imagine ourselves in the same situation?

So here is what actually happened on Tuesday evening, according to eyewitness reports and Orange County Sheriff Jerry Demings. The little boy was splashing around while his sister was resting in her playpen nearby. The 7- to 8-foot alligator seized him and both parents rushed in to save their child. The father actually wrestled the alligator in a frantic attempt to save his son, but was unsuccessful. The boy's mother raced into the water to find her child. When they couldn't save their son, they found a lifeguard and called 911. And now they wait, with the hours ticking by and hope draining away. They were joined by grief counselors, but how much of a difference could that make in the end? As Orange County Sheriff's Office spokesperson Jeff Williamson said, their grief was "incomprehensible."

“They are very shaken up, extremely shaken up,” he told reporters. “Imagine if it were you? What would you be?”

And here is how we can all respond.

We can respond with support. With understanding. With empathy. We can remember that wildlife, no matter how we humans try to control it, is called wild for a reason. Disney World has never before had an attack like this (though a boy was once bitten by an alligator at the resort), and has since closed the beaches in "an abundance of caution," according to a Disney spokesperson. Right now, there are simply rumors that Disney did not post alligator warnings along the lagoon, but those rumors haven't been confirmed. (Disney did not immediately respond to Romper's request for comment regarding warning signs or how it planned to protect guests from future attacks.)

As human beings we sometimes forget that we can't control everything. Florida has the largest number of alligators in the United States, and while there have been very few reports of attacks, these are wild animals we're talking about here. I say again, fellow humans, we can't actually control everything. None of us can. Not the parents of that little boy, not the search and rescue teams, not even the Disney World Resort.

So here is what we can do. We can fill the internet with messages of support and sympathy for that family. We can proceed with caution when dealing with wildlife and hope that Disney will post signs warning guests of alligators. And we can treat each other with respect. After all, what else is there?