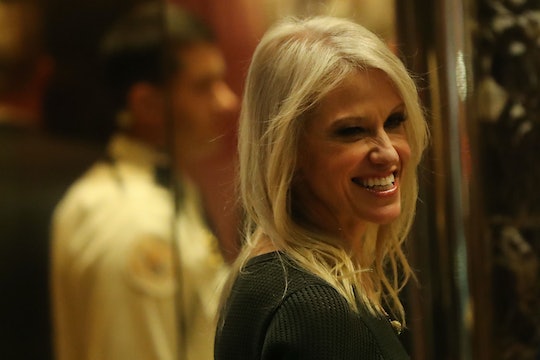 It's easy to see how Trump benefits from being inaugurated as the new President of the United States, but what about everyone else who was involved in his campaign over the summer? The Kellyanne Conway Chicago parody of "Roxie" on SNL addressed that very question as Kate McKinnon took on the role of Trump's former campaign manager yet again — this time in an original parody about what Conway's life will be like now that her boss is in office. Hint: one of the lines was "I'm gonna join SAG." This was the first time SNL gave viewers an original Conway song, but McKinnon has previously performed music videos about Conway's life in the form of perfect parodies before.

In October, McKinnon was featured in a music video for "A Day Off" all about what a day off for Conway would be like. But the important thing is that McKinnon has been able to use her sometimes likeness to Conway and her comedic skills to bring Clinton supporters what they've needed. The "Roxie" parody on SNL was all about Conway gaining legit fame from her part in aiding Trump throughout his campaign. In the song, she sang about being as famous as Kanye West now and signing autographs. Basically, it was gold. 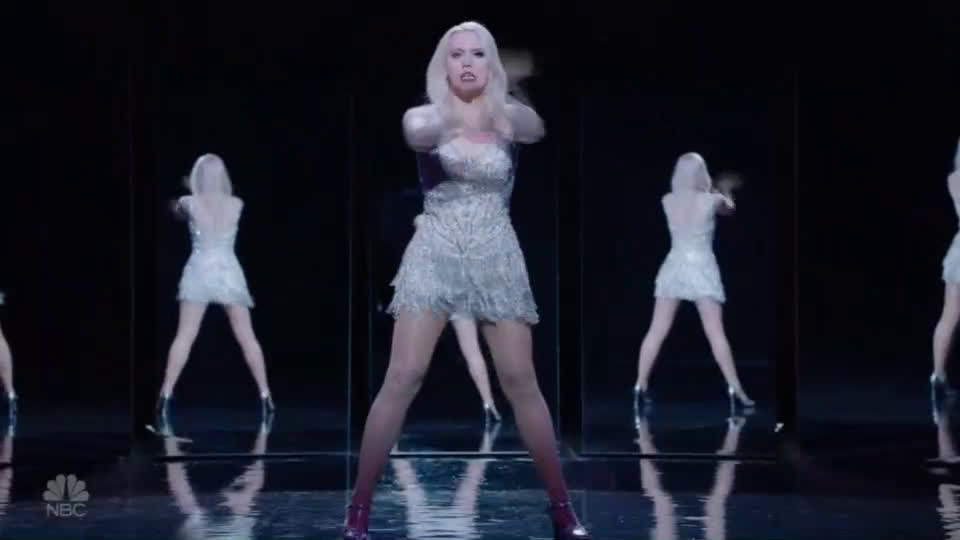 The sketch began as a CNN interview, where Conway avoided all of the more important questions regarding Trump, the campaign, and his newfound presidency. And eventually, she veered the conversation into topics about herself and the idea that now, she's almost as famous as Trump himself. And so began the very Chicago-esque number McKinnon performed as Conway.

As she sang, she made it clear that from here on out, she's going to continue to be important in the public eye. Even if that's just for signing autographs and posing for fan photos. She was also quick to add that "when the world goes up in flames, at least somehow they new my name."

Breaking out into song in the middle of a sketch isn't exactly unprecedented, but it was amazing all the same to see the musical number parodied right when we needed it most. It was also a nice consolation to the lack of McKinnon as Clinton that there has been on SNL. It's totally understandable though, and McKinnon can really do no wrong, so getting to see her bust out a different political figure of sorts was definitely needed. And it came at the perfect time.