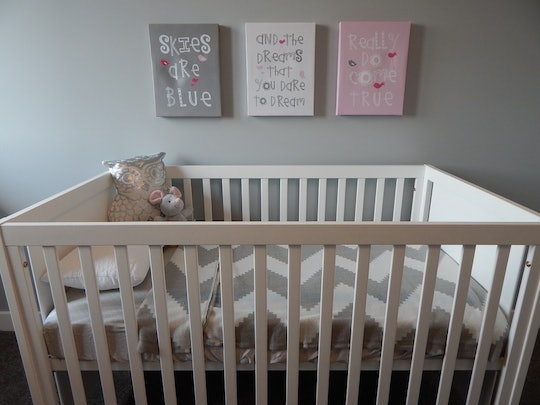 To say that losing a child is every parent's worst nightmare feels like a cliche at this point. But honestly, I cannot imagine anything worse on this earth. Because children aren't supposed to die before their parents. It is not the natural order of things. And the loss of this little human who gave you purpose, as this mom posted to Reddit after losing her 3-month-old pointed out, turns everything black.

Reddit user greenbeanz17 shared an emotional plea for help on the social media sharing site after her 3-month-old son died suddenly. She wrote:

The doctors said SIDS, medical examiner had no explanation. That boy was my everything. I used to wake up so happy knowing my purpose and I had this beautiful boy to see..now he's gone and it hurts so much...I don't know how to carry on in this empty world...I used to have faith in God which also gave me hope, but now I feel like if there's a God he's just wondering what to do next to completely destroy me. I miss my baby, everything reminds me of him and my heart hurts...I don't even have an explanation which makes it even harder..I don't know if he was sick or what..he would zone out for 10-14 seconds at a time but his dad thought maybe he was tired so I dismissed it..I just wonder if I had done something different would I still have my son? We walked away or five mins after putting him to bed and came back he wasn't Breathing he was gone...Broken Hurt and need advice.

According to Kids Health, Sudden Infant Death Syndrome (or SIDS) "is the sudden and unexplained death of a baby younger than 1 year old. Most SIDS deaths are associated with sleep, which is why it's sometimes still called "crib death." This news, naturally, would be of absolutely no comfort to a grief-stricken mom who has lost her little boy. Especially when she is struggling to find real answers to her son's death, real explanations about the greatest loss she can possibly experience.

While the medical professionals she has sought out don't appear to have given her any real answers, the moms of Reddit made it clear that they're here for her. Whether sharing their own stories of grief, urging her to seek counselling, or simply telling her not to blame herself and that they're sorry for her loss, a circle of moms quickly closed ranks around this poor woman.

You have been thrown into a terrible club of amazing women. Seek them out as they are the only ones who will understand. I'm so very sorry.

Reddit user beccamaws shared her own experience to try to comfort the heartbroken mother:

I’m so terribly sorry. Nothing you did caused this. You sound like a wonderful parent. My heart breaks for you. I fell apart after having an ectopic removal. That baby was never born, but it hurt so much. Your pain must be so raw, and you should be kind to yourself. Let yourself grieve. Let people look after you. I hope you have a wonderful circle around you to listen, hold you and love you. Love and hugs to you.

And finally, Reddit user girlnamedgeorge shared a piece of writing that helped her when she went through her own debilitating loss.

At the beach near the ocean you dig a hole. It fills with water and sand. It takes a long time to fill back up and pack down properly. That hole becomes filled with new sand. It is never the same ground again. When you lose something of importance, it creates a hole. You fill it with anything you can. Eventually it does heal but you are never the same because that hole is filled with something new.

It sounds cliche and ridiculous but I held on to the hope that something would fill that hole. I am coming up to my daughters sixth birthday. And her sixth deathday. My hole is long healed, but the scar aches sometimes. I am grateful for what I have and I am grateful that I dealt with the pain with determination and hope.

Trying to comfort someone who has lost a child can feel overwhelming, because it's so hard to know what to say. But these moms on Reddit did the right thing, according to Today.com. They didn't shy away from discussing her grief, or try to "fix" her, or try to pretend they know exactly how she feels.

They simply showed up for her. And I hope she has people in her every day life who will try to help her as much as these mom on Reddit have already done.