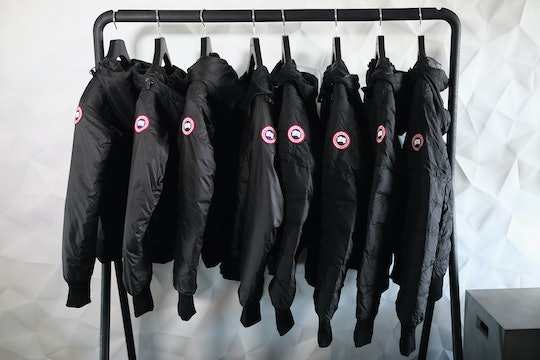 This School Banned Expensive Winter Coats & The Internet Is Divided

My sons didn't really have name brand stuff. Don't get me wrong, I coveted the hell out of whatever the latest trendy coat was for them. But I was a single mom raising four boys without much money, so we did the best we could. It was tough for them to go to school and see what the other kids were wearing, feeling less loved somehow because of the tag on someone else's coat. It was tough for all of us, but what could we do? Well, this school banned expensive winter coats to combat income-shaming kids, and I wish this was a thing for my kids too. (Although the internet appears to be pretty divided on the subject.)

Woodchurch High School in the northwest of England made the decision recently to ban Canada Goose coats and other super pricey designer outerwear with one goal in mind: "poverty-proofing." For those of you who aren't aware, Canada Goose coats are down-filled parkas that cost upwards of $1,000, as Forbes reported. They are the "it" coat to wear in the winter, potentially based on the number of celebrities who love to wear them in pictures (sometimes even when it's not even that cold out, I feel it's important to point out).

Now before you go thinking this British high school has it in for a particular brand, they've gone ahead and banned other high end coats like Moncler and Pyrenex as well. Head teacher Rebbekah Phillips told the BBC that the decision was made after some concerned pupils and parents broached the subject:

We are very concerned as a school about poverty-proofing our school environment and, as such, we met with groups of pupils and made the decision in consultation with them.

Students in particular were open about the anxiety they felt to spend piles of money they might not have on expensive coats, as Phillips told the news outlet:

The pupils spoke to us about the pressure on families and the pressure on themselves to wear particular branded coats. A few years ago we introduced a school bag for the same reason. We have had parents approaching us asking us to introduce a ban prior to us writing the letter.

The ban will come into effect when the students return from Christmas break, which should make holiday shopping a little less stressful for some parents.

The internet seemed to be divided on the topic. Some supported the decision and praised the school.

There were others who felt banning expensive outerwear wouldn't fix the problem.

And finally, some felt the ban was a great idea but for a different reason; Canada Goose uses real fur in their coats, and some felt they should be banned because of animal cruelty.

It's true that kids should never be bullied because of their clothes. But it's also true that poverty-shaming happens all the time, and it generally doesn't happen in full view of an adult who might be able to put an end to it.

So honestly? I'm all for leveling the playing ground. Why wouldn't you want to make going to school easier for all kids?