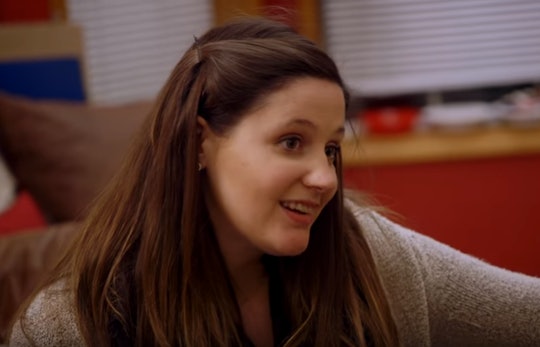 One thing you learn when you are pregnant more than once is that no two pregnancies are ever the same. Your body reacts differently every time, and while this might seem like one of those obvious things that everyone should know, it does come as something as a shock for some people. I know it did for me, and it apparently is a bit of a struggle for Little People, Big World star Tori, who has experienced a ton of unexpected physical changes with pregnancy number two. And Tori Roloff wrote about being body-shamed for these changes in a candid Instagram post, subsequently highlighting an all too common problem pregnant people can face.

The reality star and her husband, Zach Roloff, are expecting their second child this November. They shared their news in May with a sweet Instagram post featuring their first baby, 2-year-old son Jackson, and a picture of their sonogram. The couple decided to do a two-for-one post by also sharing the sex of their second baby, a little girl, in the pregnancy announcement. Their multi-tasking abilities should bode well for them when their second baby arrives and they are raising two children under three years of age.

While both parents are obviously very excited to make Jackson a big brother (as evidenced by his t-shirt that says "big brother" in their Instagram post), Tori opened up about struggling a little with this second pregnancy. In a raw Instagram post, Tori shared a photo of herself in San Francisco and wrote that "this pregnancy has been harder than the last" for a very sad reason. She said:

I have had a harder time accepting my body this go around. I’ve gotten bigger a lot faster than I did with Jackson and I’ve become a lot more insecure. Hearing people ask me if I’m sure it’s not twins definitely does not help (for all our sakes-don’t ever ask a woman this question. Like ever). It’s been hard to really enjoy this pregnancy because I’ve let my own body image issues get in the way. Us as women are so badass. Like we can grow babies. And I know I need to give this up to God right and be thankful for this gift-and I’m trying trust me. But for all those women out there-pregnant or not- you need to hear this just like I do: you’re beautiful, you’re strong, and dang it love yourself no matter what. I know someone besides just me needs to hear that today. So excuse me while I go try my best to live out these words and continue growing a freaking human being.

Excuse me while I take a private moment to give Tori Roloff a standing ovation for having the courage to open up about this sensitive topic. And as it turns out, I'm not the only one either — several people took to Tori's Instagram page to share messages of support for her, as well as their own stories of damaging comments they've received during their pregnancy. As one social media user wrote: "I was asked if I was having triplets! Been there sister and sending you a big hug because mama’s bodies gotta do what mama’s bodies got to do!! Love you!! So excited for this sweet babe."

I think sometimes people forget that growing a human being inside your body is actually very difficult, emotionally and physically. And the last thing a person needs when they are busy with this important task is to hear insensitive, unsolicited comments from people who need to mind their own business.