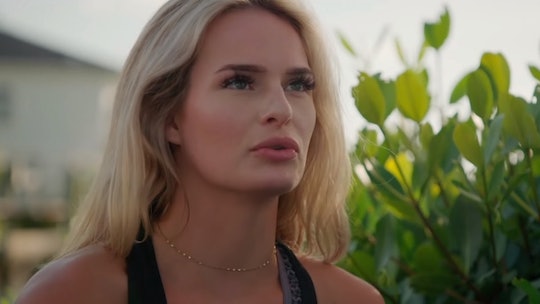 'Siesta Key' Fans Have Had It With Alex & Juliette's Ongoing Drama

If you're watching Siesta Key for the drama of everyone *but* Juliette and Alex, then you have come to the wrong place. Like last season, Season 2 has been full of their relationship ups and downs and they don't seem to be ending anytime soon. It looks like fans are as sick of Alex stringing Juliette along and her, in return, going back to him, because the tweets about Alex and Juliette on Siesta Key prove how over it fans are.

Fans might still be totally into the show itself, but Alex and Juliette's drama is like a never ending circle of recycled incidents and pleas to get back together. At this point, they would probably both be better off with other partners but neither of them have realized that yet.

Regardless of whose side you have been on, Alex and Juliette just aren't the best match right now. He seems to be all about sowing his wild oats for as long as he can before his dad lays down Thor's hammer of responsibility. And Juliette is so head over heels for Alex that she keeps taking him back time and again. Naturally, Siesta Key fans are sick of this push and pull between them and the proof is in the tweets.

Some fans are just sick of the back and forth between Alex and Juliette. They don't necessary care if Alex continues to treat Juliette poorly, but they are just exhausted with the ongoing storyline of Alex being a potential cheater.

Other fans do want better for Juliette. There's no way to know for sure just what goes on in Alex and Juliette's relationship outside of the show, but from where viewers sit, Alex seems like he almost takes her for granted. Those Siesta Key fans are ready for Juliette to just call it, throw in the towel, and move on.

If you have followed the Alex and Juliette saga so far this season, then you already know plenty about the drama behind them. But, unsurprisingly, there could be more ahead.

In a sneak peek for tonight's episode, Chloe once again finds herself at the center of Alex and Juliette's drama. She reveals that one of Alex's exes (someone viewers probably still haven't met) has been sending her proof of text messages Alex supposedly sent to her. He could try and talk himself out of this one, but I highly doubt even Alex could come up with a viable excuse for telling an ex-girlfriend that he still loves them. Once again, Alex is going to find himself in the doghouse with Juliette despite being in no position to ruin things yet again.

The past two weeks on Siesta Key have all but revolved around the current Alex and Juliette drama. She caught him in bed with another woman, but he managed to talk his way out of the incident, even after buying brand new sheets. Which is already wildly suspect, if you ask me. Juliette seemed like she was ready to give Alex the benefit of the doubt and take him back, but even she has to be getting tired of some of the same old Alex drama.

Juliette and Alex might be one of those reality TV couples with a long story, but Twitter is already getting tired of them as a couple and Season 2 isn't even over yet. Hopefully they can either work things out and give some screen time to other cast members or just call it quits for good. Not many fans are still aboard the Juliette and Alex ship, and eventually it's going to capsize.