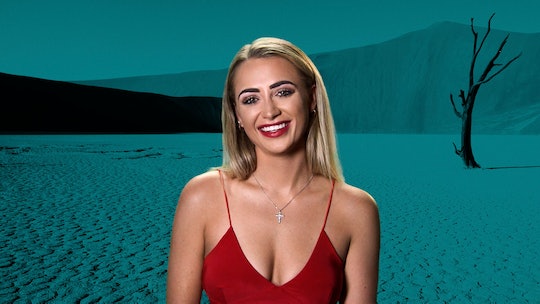 'The Challenge' Fans Are Not Loving Bear & Georgia Together

Bear and Georgia dressed up like Harley Quinn and The Joker for costume night in The Challenge house earlier this season and now, it seems, their relationship had started to mirror the toxicity of their comic book counterparts. Fans have seen Bear use and manipulate Georgia throughout the season and he seems to have very little remorse about it. So it's not all that surprising that most of the tweets about Bear and Georgia on The Challenge show fans’ dislike of the couple together. Their relationship might not be as bad as Joker and Harley Quinn’s has been over the years in the comic books and in movies, but Georgia and Bear are no good for each other and they each need to focus on the game rather than their relationship in The Challenge house.

A very select few fans on Twitter still ship Georgia and Bear, but for the most part, fans are confused about why she puts up with him and continues to defend him every time the rest of the house rightly turns against him. Even though he isn't her partner, she has continued to cheer him on during competitions and support him being able to stay in the game. In return, he has admitted in the confessional about lying to her face and has flirted with Nany in an attempt to secure another showmance. It has been a big mess and most Challenge fans just want to see the end of Georgia and Bear.

Some fans who support Georgia in the game feel like she deserves a lot better than the on-screen relationship she has built with Bear. I’m not sure if any of Bear’s feelings toward her are genuine, but she seems to really care about him and it has been heartbreaking to see her confused and crying over him at different times throughout the season.

Other fans are curious about how Georgia feels about Bear now. She didn't believe it when Wes told her about Bear flirting with other women and she has continued to root for him. But now, fans are wondering if she sees him for who he was this season now that she can watch it all back and see him from different angles.

In a clip from tonight’s episode of The Challenge, Georgia catches Bear video chatting with someone who is obviously his girlfriend, but he tries to cover it up with the terrible lie that it is actually his cousin. I don’t know if Georgia will choose to believe him or not, but something's got to give. Georgia has put her neck out on the line for Bear when other people wanted him gone and at some point, she is going to need to think about putting her own game above his.

After all of the recent and now upcoming drama, one fan on Twitter even compared Bear and Georgia to Ron and Sammie from The Jersey Shore. They too had a toxic relationship and their drama was at the epicenter of a lot of episodes of the series early on. I don't know if Georgia and Bear are that bad, but Bear has definitely become public enemy number one because of his attitude and his actions toward other players.

On the one hand, you can't really blame Georgia for falling for a player who wooed her from day one and is kind of a celebrity to her. His big claim to fame is winning Celebrity Big Brother UK 18 and that could have played a role in getting Georgia to accept his advances. On the other hand, Bear has already proven himself to be obnoxious and two-faced. If Georgia doesn't call him out on it soon, then he could take her down with him.