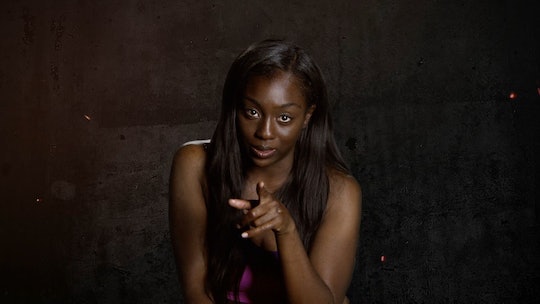 It's all about strength in numbers on The Challenge and despite having so few people behind her this season, Da'Vonne has managed to stay on top of her game. She was given the most obnoxious partner and forced to carry all of Bear's drama despite having no part of it and she has (mostly) stayed off the Killing Floor for the majority of the season. Maybe some of the women don't see her as a threat, but the tweets about Da'Vonne on The Challenge prove that she is the vet to keep an eye on as the season comes to an end.

While some of the veteran players this season either have strong alliances with other vets or with a few rookies, Da'Vonne has kept her head down to play the game and tow the line. This has kept her out of elimination voting for the most part and has kept her safe for the majority of the season. Paulie does quietly have her back since they are Big Brother OGs and were on The Challenge together last season, but she isn't part of any powerful alliance like he is, and yet she has remained strong on her own.

Maybe it's Da'Vonne's quotable confessional one-liners or the fact that she is as real as they come, but fans are rooting for her and she could make it to the final competition this season.

Da'Vonne drew the short straw when she partnered with Bear, who rubbed almost every other player the wrong way. But despite being put up for elimination twice because of Bear, Da'Vonne came back swinging time and again. She has stood her ground as a competitor with and without a partner and now that she's riding solo, she is playing a game that is all her own.

Da'Vonne is no stranger to high intensity situations on reality competition shows. She competed on Big Brother Season 17 and although she was the second houseguest voted out that season, she returned in Season 18 and lasted much longer. She then competed on The Challenge: Final Reckoning, where she made it to Episode 13 and almost the the final competition. She has proven that she knows how to play both a physical and political game and that hasn't gone unnoticed by Challenge fans.

Most recently, Da'Vonne aligned herself with Georgia, so at the very least she has one ally she might be able to count on. It makes sense since Georgia and Bear were a *thing* and Bear was also Da'Vonne's partner earlier this season. And fans who already loved Georgia also love the fact that she and Da'Vonne have found some common ground.

Right now, it's hard to say if Da'Vonne will actually win The Challenge this season. She has proven herself to be a strong competitor both with and without a partner. But it can be lonely on The Challenge when it's getting down to crunch time and you don't have a lot of people in your corner. She might have a few friends who sometimes have her back, but any stronger alliances they have with other people will soon take precedence. Either way, Da'Vonne has played a strong game this season and, for the most part, she had only herself to rely on.

As long as Da'Vonne maintains her positive attitude about the game and continues to give each competition her all, she will likely go further than she did last season. And if she doesn't win, there's a good chance The Challenge producers will ask her to come back for future season. I definitely don't think this is the last we've seen of our confessional queen.