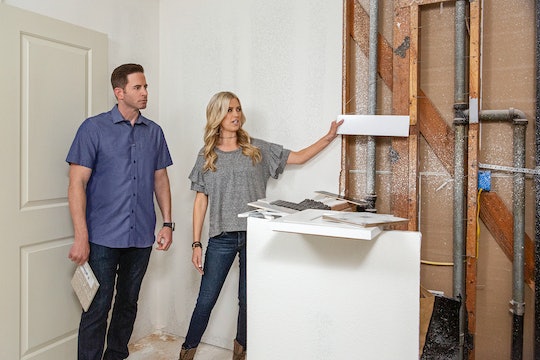 'Flip Or Flop' Fans Have Questions About Christina & Tarek Working Together

Most of us watch shows like Flip or Flop to live vicariously through 20-somethings who have a budget of $600,000 for a newly renovated home. Others watch it to get ideas and fall in love with subway tile and shaker style cabinets every single episode. But since Tarek El Moussa and Christina Anstead’s divorce in 2018, fans have partly watched Flip or Flop for the tidbits of drama. And these tweets about Flip or Flop show how curious fans are about the former couple’s working relationship.

So far, they have proven that they can work well together in the name of keeping their long running home improvement series going. But, as to be expected, a little bit of their separation and divorce drama has translated into the screen because what former couple working together would be able to leave that at home?

Tarek and Christina announced their separation in 2016 and their divorce was finalized in 2018. Since then, Christina moved on and is expecting her first baby with her new husband and Tarek is rumoured to be dating someone new himself. By all accounts, they seemed to have moved on for the sake of their business and the kids they already share. But that hasn't stopped fans from commenting on their dynamic on Flip or Flop as a now divorced pair.

Part of the charm that Christina and Tarek brought to Flip or Flop in the beginning was that they had equal roles in their business of flipping houses and also happened to be married with children. It was an adorable concept that Chip and Joanna Gaines have made their own careers out of. But in Tarek and Christina’s case, things didn't work out and a few years after their show took off, they split up.

Even so, HGTV didn't cancel Flip or Flop, which premieres its eighth season on HGTV on Aug. 1 at 9 p.m. ET, and Christina and Tarek agreed to continue with the show as business partners. Some fans have been supportive of the way they can still work together despite their split, while others have found their dynamic to be a little cringy. Either way, fans are definitely curious about the behind-the-scenes of it all when it comes to Flip or Flop.

One fan even enjoys Flip or Flop more now that Christina and Tarek are divorced. The same could be said for other longtime fans of the show who have enjoyed seeing the realities of their divorce depicted in small snippets here and there while the former couple got used to filming the show as business partners rather than life partners.

Although Tarek and Christina seem to be doing better know that their divorce is behind them, they faced some hefty challenges toward the end of their marriage. In 2013, Tarek was diagnosed with thyroid and testicular cancer. They couple worked through his diagnosis together and although they slowed down their work, they continued to power through with their show.

In 2019, Tarek wrote an Instagram post about being cancer free and the whole ordeal seems to have given him a better lease on life. That doesn’t include rekindling things with his wife, but their relationship outside of their marriage might have been made stronger because they got through his health diagnosis together.

Right now, neither Tarek or Christina show no signs of slowing down with Flip or Flop or their other shows and as long as fans continue to watch them renovate homes on insurmountable budgets, chances are, they will continue to do just that. It hasn't stopped some fans from being a little snarky when it comes to watching Christina and Tarek on Flip or Flop together, but that just means viewers are still tuning in.