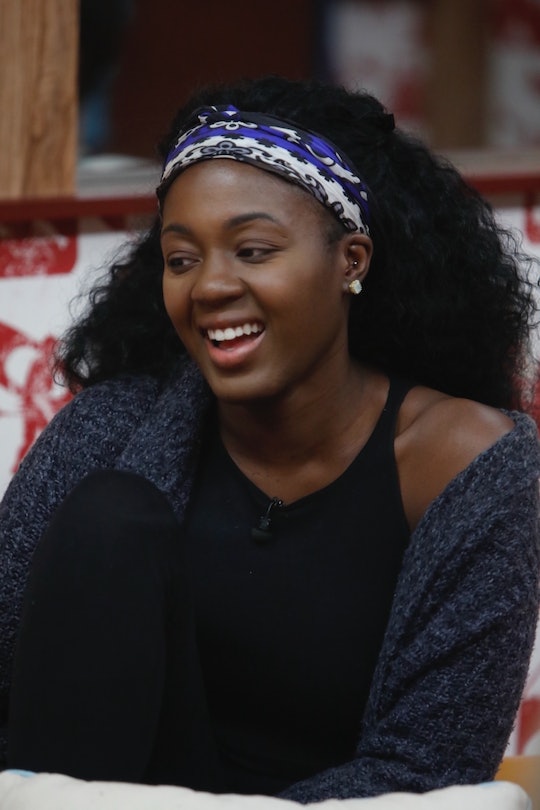 Kemi is not having an easy go at it on Big Brother and it is only week two. Jack and Jackson seem like they are out to get her and want to use Christie’s head of household power to do it and she hasn't been able to form any big alliances to get the numbers to keep herself safe. Judging from the live feeds, Christie seems intent on keeping Kemi out of any backdoor scenarios and the tweets about Kemi on Big Brother show how much fan support she already has.

Unfortunately, fans don't have any power this early in the game, so that doesn't do her much good as she is being targeted for no clear reason. But it says a lot about how Kemi is playing her game and how hard she has tried so far to be a worthy opponent on Big Brother 21. There was the time she refused to campaign to Jackson when he was made the camp director in the season premiere, but I think we can chalk that up to early game jitters. There is still no reason for her to be so strongly targeted, and that seems to be what is happening on the live feeds.

Lately on the Big Brother live feeds, both Jack and Jackson have been strongly opposed to being cordial or starting any solid alliance with Kemi. I’m still not sure where this came from or how the bros of the house decided that they would collectively shun her, but despite it all, she is fighting for her place in the house and fans are here for her.

On some of the more recent live feeds, Kemi has bonded with Nicole, Jessica, and Isabella. They even formed an alliance. It could change, shift, or disband any day because alliances can be a fickle thing on this show. Or, it could be just what Kemi needs to get a leg up on her naysayers in the house.

Jack has made comments to Kemi about what she eats after workouts and has made comments behind her back about straight up hating her. Still, despite being on camera almost constantly, there is no visual proof of the two of them having some big blowup to cause any of this. Because of the treatment Kemi has received from him, fans have rallied for her and remained in her corner.

Luckily, Kemi already seems to have a plan to get Jack out if she wins head of household next. She said in a recent live feed that she plans to get Jack out or at least on the block if she can. So despite being cordial to him and remaining classy to the end, Kemi is definitely with it. Maybe that’s why so many fans stan her right now.

All Kemi needs at this point is a solid HOH win or at least one of her few close friends in the house to win so she can fight another week and keep herself safe from the clutches of Jack or one of his close allies. Maybe fans don't have any kind of pull as far as that goes, but some of them are manifesting it for her, so there’s that.

Right now, Ovi seems to be the target for the power of veto and for eviction. According to the Gr8ful power alliance on the live feeds, the majority of them have agreed to vote him out because he is the easiest target to get zero blood on their hands. If that’s the case, then Kemi is still safe for now. She just needs to watch her back in the house while fans watch it for her from home.