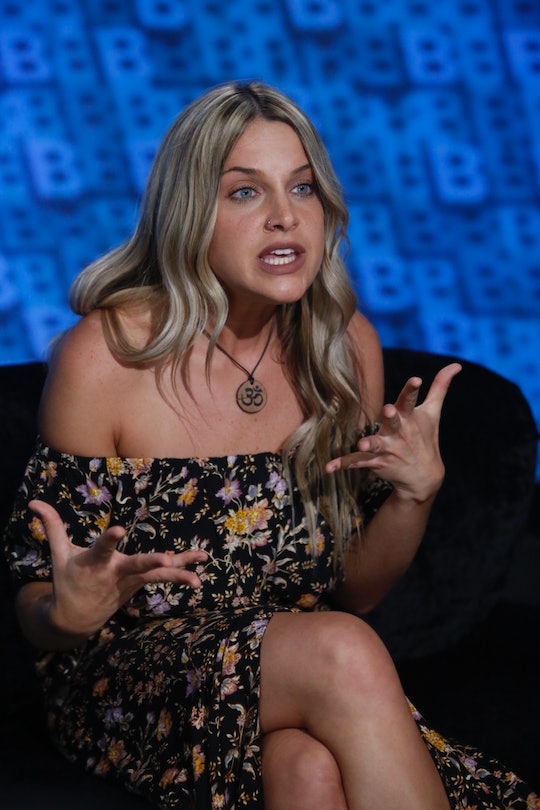 Christie Is The 'Big Brother' Crier This Season

Every Big Brother season has a contestant who cries. The houseguest can usually be picked out early on when you see his or her overly emotional Diary Room sessions and this season, Christie is the houseguest prone to crying whenever she is worried, frustrated, or conflicted about something. I totally get that because I would definitely be the crier if I ever competed on Big Brother, but the Twitter reactions to Christie crying on Big Brother show that fans are already over it.

Fans who watched the pre-season interviews with former Big Brother contestant Jeff Schroeder probably already knew that Christie would be this season’s emotional houseguest. She shed some tears during her interview and she was emotional at the very thought of being so close to the Big Brother house. Again, I totally get that because being cast on Big Brother is a big deal. But it seemed like as soon as the water works started for her during filming, they didn't stop. Now, Christie will be forever known as the Season 21 crier and fans on Twitter aren’t into it.

Maybe part of that is due to the fact that Christie is a member of the Six Shooters power alliance, so it’s harder to feel empathy for someone in an alliance partly made up of unlikable houseguests. But some of her tears have been shed over seemingly unnecessary things, like concerns over being put up on the block by Nick when she was legitimately never considered as a target. And with each tear Christie sheds on Big Brother, fans feel less and less inclined to feel sorry for her.

It’s probably easy to feel overwhelmed in a house that is cut off from the outside world. Christie has been stuck with the same people for weeks and the game can mess with your head when it is almost all you think about around the clock. If Christie is anything like me and she’s prone to crying whenever emotions are involved, then it’s only natural for her to involuntarily bring out the waterworks. The only problem is that fans are already sick of seeing Christie’s cry face.

For all fans and the other players know, this is just a long con Christie is playing. She said in her Big Brother bio that she admires Paul from Season 18 and 19 for being a "master at manipulating." Crying could be Christie’s way of keeping the other players close to make them feel sorry for her rather than threatened by her. Or, she is just emotional and involuntary tears are the main way she expresses her emotions.

I think it’s understandable for Christie to cry over frustration about using her Diamond Power of Veto and for feeling conflicted about which houseguests to root for or vote out of the house. At this point in the game, however, the tears are getting old for fans and the other Big Brother competitors.

It doesn't mean she isn't playing a good game, however, because somehow, out of everyone in the Six Shooters, she has remained target-free for the duration of the season so far. Whether Christie crying is part of some grand scheme to keep the other houseguests in her back pocket or not, her Big Brother game is strong. So if she needs to shed some tears to get through it all, then I think it’s working for her.