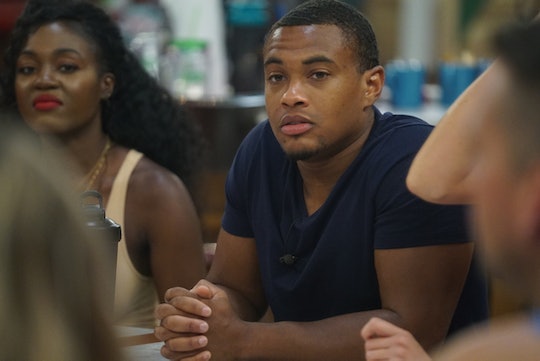 Night one eliminations on Big Brother are absolutely bogus. One player is always given a bum deal when they barely get the chance to get their feet wet in the game before they are sent home. This season, David was given that dishonor, but thanks to Camp Comeback, he will have the chance to return to the game in less than two weeks. And the Twitter reactions to David on Big Brother are proof enough that the wrong player was eliminated that first week. Houseguests don’t usually benefit from fan support during the first few weeks of Big Brother, but it really says something about the game David could be playing if he can battle his way back into the house and get another chance.

As a member of Camp Comeback, David is doing everything he should be doing. He is observing the different alliances that some other houseguests seem oblivious to. He’s sitting back and watching as players spend a lot of time with others and then run back to a different group. David is watching and biding his time until the Camp Comeback competition when he will have the chance to officially enter the game again and fans are here for it.

As a member of Camp Comeback, David isn't allowed to actually play the Big Brother game. That means no competition of any kind and, because he might only be back temporarily, he hasn't been included in the established alliances. Instead, David has been watching how the other players interact with each other to get a feel for their strengths and weaknesses. If he wins the competition to come back completely, he has the potential to play a strong game that could take a lot of other players down a few pegs.

On Big Brother Wednesday night, fans saw David try to interact with other houseguests and heard his commentary on the way things stand in the house right now. Judging by his observations, you’d think he was watching the show as a fan this season because he was spot on. In the event that he wins the competition to go back in the game, if he brings some of those skills with him, he’s golden.

David really did draw the short end of the straw at the start of the season. He was one of the houseguests who campaigned to be the camp director and when he lost against Jackson, Jackson picked him as one of the players who had to endure a competition to either stay in the game or get eliminated. Unfortunately for David, he lost that competition and his presence back in the house has shown fans that he needs to get back in the game as soon as possible.

Personally, I can't stand majority alliances. Most of the time, the members of those alliances end up getting big heads because of their power and start to trample the floaters of the house. What Big Brother needs right now is David to come flying back into the game to shake things up and dismantle these shady alliances.

If it's not enough that fans are in full support of David coming back in the game, former players have also tweeted about him. Derrick from Season 16 said that if America gets the chance to vote on who comes back in the house, David has his vote. Jessica from Season 19 also said that she would vote for David if it comes down to it. And Janelle from Season 6, 7, and 14 tweeted that she wants David to come back into the house permanently and cause chaos.

If I had it my way, Ovi and David would both be back in the house in a heartbeat, but once they are joined by two other houseguests, only one will get that honor. Right now, Big Brother fans seem to be an agreement that David deserves it more than anyone.