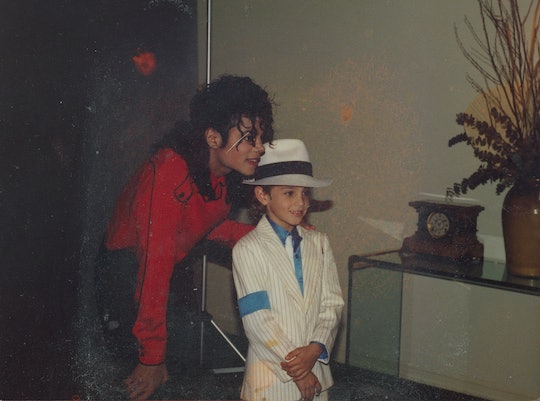 HBO's newest documentary, Leaving Neverland, describes the stories of two alleged child molestation victims of Michael Jackson well before his 2009 death. The men who make these claims today, Wade Robson and James Safechuck, allege in the documentary that Jackson molested them when they visited Neverland Ranch in their youth. Right now, these allegations against Jackson have been unproven, but Twitter reactions to Leaving Neverland prove that the damage has been done.

Some of those who have watched part one of the four-hour two-part documentary are torn between having new suspicions against the late singer and defending him as many had when he was still alive and could defend himself. He was, in fact, found not guilty in the 2005 trial in which he was accused of 14 counts of sexual child abuse as reported by the Washington Post. Leaving Neverland unfortunately puts Jackson back in the spotlight for similar crimes, even in his death, and Twitter is going back and forth about how true Leaving Neverland is.

Jackson's estate has already issued a statement in which they admonish HBO for not consulting them before airing the documentary and for not giving them a chance to appropriately defend Jackson. "I think we can all agree that the false allegations being made in your 'documentary' are 'significant allegations'," the statement says according to Vanity Fair.

Whether you believe the allegations in the documentary or not, people on Twitter already have their own thoughts about it and part two hasn't even aired yet.

Some viewers who have seen the first half of Leaving Neverland are sure there are some details missing and that there may not be any merit to these allegations. While it’s not fair to outright dismiss these claims of child molestation, some feel that the documentary is also very one-sided so far and they're curious about that.

Others, who were dedicated Jackson fans when he was alive, still stand behind the singer today. Since these allegations have never been absolutely proven, Jackson fans on Twitter insist that Leaving Neverland should be taken with a grain of salt.

Jackson’s estate has released their official statement, but they have also sought legal action against HBO for airing the documentary, Variety reports. Howard Weitzman, an attorney for the estate, said in the statement that HBO "made the unconscionable decision to bury any evidence casting doubt on their chosen narrative." He added that, "Had they made an objective film it would have allowed viewers to make up their own minds about these allegations, instead of having a television network dictate to them that they must accept these false claims about Michael Jackson."

Jackson’s estate could potentially win more than $100 million in damages and some of those who watched part one of Leaving Neverland seem to agree that it would be well deserved.

Others, however, are more convinced by the documentary's case and are now curious about what might have really happened at Neverland Ranch to these two men when they were kids. In the documentary, they allege that they each had inappropriate sexual relationships with Jackson and some viewers have come to their defense.

Despite Jackson being cleared of his 2005 charges, there were still those who believed he was guilty and now, there are some who believe his chickens have come home to roost, via this particular documentary.

Despite the legal action being taken against HBO, the network is set to air part two of Leaving Neverland tonight at 8 p.m. ET and I suspect even stronger fan reactions when the final two hours are over.