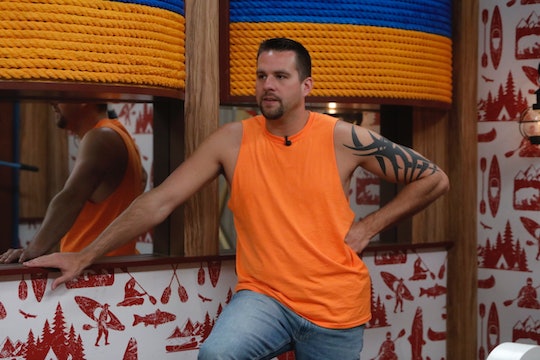 It’s Week 5 on Big Brother and the Six Shooters are running out of people to target outside of the alliance. Unfortunately, that’s where Sam’s nomination came in, but a lot of fans don't think he deserved to be put up on the block. And the Twitter reactions to Sam on Big Brother prove fans aren't ready to say goodbye to the house comedian and ray of light in an otherwise dreary season so far.

Holly told him it was nothing person and she only put him and Nick on the block for eviction because it is what’s best for her game. But everyone knows part of her decision came from having Michie in her ear as he has tried to do with every member of his alliance so far this season. As long as the Head of Household is in the Six Shooters or whatever other alliances they evolve into next, it will essentially be Michie’s HOH reign too. In that regard, he is playing a genius game. Big Brother fans still aren't wild about potentially saying goodbye to everyone’s favorite loud-mouthed Diary Room houseguest, though.

Some fans are ready for the players in the Six Shooters to finally turn on each other. This is inevitable as soon as they run out of outsiders and floaters and some of the houseguests have already hinted at wanting Michie out. For now, however, they are all intent on towing the line and if that means getting Sam out of the house, fans aren't going to be happy.

When Julie Chen Moonves mentioned a Big Brother field trip twist on the show, some fans hoped it meant Sam would miraculously be saved as another part of the twist. The details to this one are still a little foggy, but so far, there has been no hint the field trip twist means Sam will get to stay and fight for his place in the house for another week.

Other fans are torn because, as houseguests have mentioned on the live feeds, Nicole could be put up on the block next to him if Nick gets taken off the block at the upcoming Veto ceremony. Because some viewers see Sam and Nicole as equal victims of the Six Shooters’ current reign, it will be harder to root for Sam if they are both on the block together. Either way, though, fans aren't ready to see Sam go.

To be honest, Sam hasn't done anything to warrant being targeted this week. His only crime is being left out of the alliance when it changed from Gr8ful plus Sam to the Six Shooters. He even tried to vote the way he was told in order to stay in the alliance’s good graces. Apparently, it wasn’t enough to keep him safe for good and now, he might go home before he even has a chance to make it to Big Brother jury.

Judging by past seasons, the jury could start filling up at any time in the next few weeks. It all depends on how many evictions and double evictions are planned throughout the season to round out the jury house at seven or so houseguests. So if Sam goes home this week, he will not be eligible for the jury house to have a say in which of the final two win the $500,000 prize and his game will end there.

This season has already been a roller coaster. Michie and Jack were accused of racism and bullying other houseguests of color. And the other members of the Six Shooters have maintained an almost mob-like mentality as the majority power alliance.

It made sense for Sam to be the next strong player on their radar, but as it stands right now, fans aren't ready to see him leave. If he can convince enough houseguests to vote in his favor, he might have a chance to stick around for at least another week.