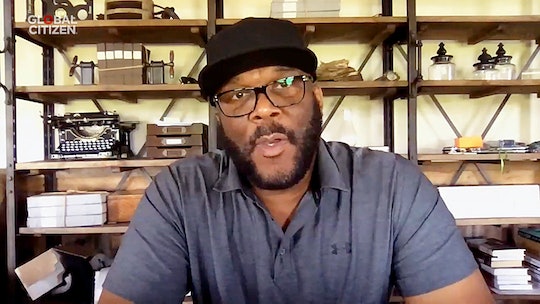 In a generous act of kindness following the police killing of 27-year-old Rayshard Brooks, Tyler Perry has offered to support his family by paying for his funeral. The 50-year-old actor, director, and producer has also reportedly offered to pay for Brooks' children's future college education in the wake of his death.

"We do want to acknowledge and thank Tyler Perry, who we spoke with and who will be taking care of the funeral for the family," Brooks' family attorney L. Chris Matthews announced at a recent press conference. "It's support like that and it's people who are actually in this community, that love the community, that want healing, and [want] families like this to never have to go through something like this. It's a step forward. We want to thank him for such a generous move."

Brooks' death comes at a time when people in every state across the country are hitting the streets to protest systemic racism and police brutality against the Black community. Brooks, a 27-year-old father of four, was shot and killed by Officer Garrett Rolfe after a struggle in a Wendy's drive-thru where Brooks was sleeping in his car and failed a sobriety test. According to the Georgia Bureau of Investigation, police shot Brooks after he took off with an officer's taser and pointed it at the officer. Rolfe has since been fired while a second officer who was at the scene was put on administrative duty, and the chief of police in Atlanta resigned in the wake of his death, according to CNN.

People reported on Monday that Perry has also offered to pay for the college education of all four of Brooks' children. Perry, who is dad to a 5-year-old son with longtime girlfriend Gelile Bekele, has not spoken publicly of his decision to support Brooks' family, but a source told People that he had spoken "to Rayshard's family and wanted to do something to help."

As Black men and women of influence are speaking out across the country about their own experiences of racism, Perry released an eight-minute video essay on Instagram on Thursday. An essay where he admitted he struggled to find the words to explain how he felt. "I'm exhausted," he said, "from seeing these kinds of senseless murders play out over and over again and nothing changing in our society."

Perry is helping change things for Rayshard Brooks' family during an unimaginably difficult time. He cannot make it right for them, no one can, but he is helping to ease their financial burden now and in the future.