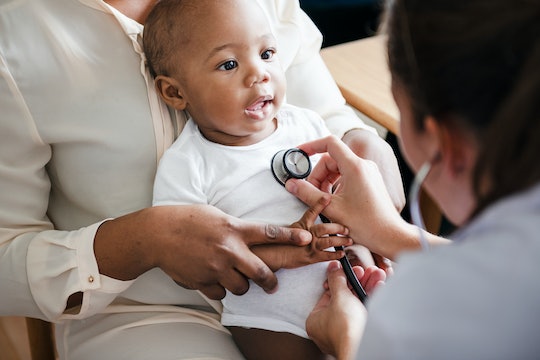 The debate over the safety of vaccines has raged for decades, swaying many parents to skip important immunizations and leave kids vulnerable to preventable diseases. Despite recent resurgences of preventable illnesses like measles and chickenpox in the U.S., many people still see vaccination as a personal choice that only affects their own family. But a recent move by the World Health Organization (WHO) may finally force more people to acknowledge the real public health threat posed by foregoing immunizations. Each year, the WHO releases a list of the top ten threats to global health that is used to inform public policy decisions and reforms around the world. This year, for the first time, that list names "vaccine hesitancy" as one of the biggest health crises our world is facing.

On the list, the WHO defines vaccine hesitancy as “the reluctance or refusal to vaccinate despite the availability of vaccines” and adds that the trend "threatens to reverse progress made in tackling vaccine-preventable diseases."

For evidence of this, the WHO cites the sharp uptick in measles cases, which have increased by 30 percent globally. The reasons for this are complicated, they note, but the number of people who are reluctant to get vaccinated is causing resurgences in places where the measles were previously thought to be eradicated, such as in the U.S.

This summer, there were measles outbreaks affecting people in 21 states, the majority of whom were unvaccinated. And this fall, North Carolina experienced one of the worst chickenpox outbreaks in 20 years, reportedly due to low vaccination rates. A recent study published in the medical journal PLOS shows that, since 2009, the number of "philosophical belief" exemptions used to evade vaccine requirements have increased in 12 out of 18 states that allow such exemptions.

According to the Centers for Disease Control (CDC), the percentage of children who receive no vaccinations has quadrupled since 2001. The reasons for this are complicated. While misinformation regarding the safety of vaccines certainly plays a role, experts also note that many unvaccinated kids are also uninsured. Access to health care and accurate health information most certainly plays a part in the availability of vaccines and the number of parents who are able to get their children vaccinated.

So, what does the WHO plan to do about all of this?

The organization has created a five-year plan called The 13th General Programme of Work that aims to “ensure access to universal health coverage, protection from health emergencies, and improved health and well-being for billions of people.” The organization also plans to double down on efforts to increase vaccine coverage for a number of preventable diseases, including polio and HPV.

The WHO's choice to name vaccine hesitancy, rather than a single illness, like measles, as a major health threat is a wake-up call for those who still view the anti-vaxxer movement as harmless or a "personal choice." By doing this, the WHO is acknowledging that it is those who can receive vaccines and choose not to that are driving many major outbreaks and making it difficult for doctors and researchers to eradicate diseases.

The WHO's list of global health threats ranks vaccine hesitancy as a threat on par with climate change, antimicrobial resistance, and the possibility for a global pandemic of influenza. Vaccines, the WHO notes, are "one of the most cost-effective ways of avoiding disease." They estimate that two to three million deaths a year are prevented by vaccines, and an additional 1.5 million people could be saved if global coverage of vaccinations improved.