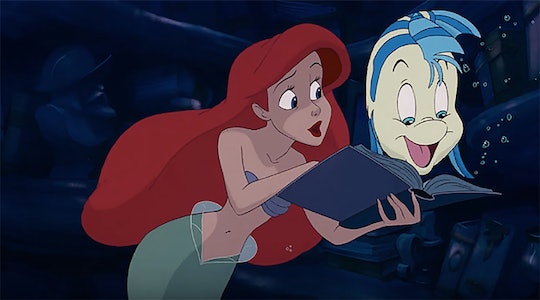 Are You A Verizon Customer? You Could Score One Free Year Of Disney+

For those of us contemplating changing wireless carriers, there's a new deal out there that may just be enough for you to make the switch, hassle and all. What am I talking about, exactly? On Tuesday, it was announced Verizon customers are getting a free year of Disney Plus, a deal many fans of the brand are probably eager to learn more about. And on that note, here's how you can partake in this magical opportunity.

Disney +, the new streaming service from Mickey Mouse's corporate brand, will debut on Nov. 12, aka just a few weeks from now. So what better way to entice new customers than to give away the new channel for free for a full year? As long as you're willing to switch one of your existing plans, you're good to go. And if you're already a customer? Well, there's a good chance you're already in luck.

Under the new promo, new and existing customers to Verizon will get the new entertainment portal for free — starting when it launches — if they are already on are plan to switch to the 4G LTE, 5G unlimited wireless, or Fios home internet services, according to Rolling Stone.

If you like the Disney+ and want to keep it after the first year, there's an opportunity to keep it for the original monthly price of $6.99, according to CNBC.

“Giving Verizon customers an unprecedented offer and access to Disney+ on the platform of their choice is yet another example of our commitment to provide the best premium content available through key partnerships on behalf of our customers," Verizon Chairman and CEO Hans Vestberg told People.

As for the fine details, Verizon has some 50 million customers on unlimited plans who are already eligible for the free promo, so the two companies are working together to bring more customers to both services.

Specifically, the new Disney channel will offer the best of the brand's entertainment for viewing and use on the smart TV, phone, laptop, tablet, or gaming console of your choice. Thousands of titles from Disney, Pixar, and Marvel will be available, as well as the new Star Wars live-action TV series, The Mandalorian (set after the fall of the Empire), and vintage faves such as Newsies, the Disney+ site confirmed.

Also available for your viewing please? Some Avengers titles, National Geographic programming, 100 Disney Channel original movies, 5,000 episodes of Disney Channel-branded content, and all 30 seasons of The Simpsons, according to Polygon.

Access to the Disney vault, which includes such classics as Lady and the Tramp, is also promised on the soon-to-launch channel's homepage, which would totally interest me and my kids. I love the original animated stuff, as do so many other Disney fans.

Even in a crowded marketplace offering new options seemingly every single day, Disney's new venture has parents excited. In fact, in honor of the Disney+ launch, website Reviews.org announced a contest to pay $1,000 to the five biggest Disney fans out there who are willing to watch 30 Disney+ movies in 30 days. Not bad cash for being a couch potato!

Best of all, you did know the new service is reviving the Lizzie McGuire franchise right, including Ms. Hilary Duff herself in the starring role? That alone might be enough to justify making a change to Verizon, IMO. Happy TV watching!