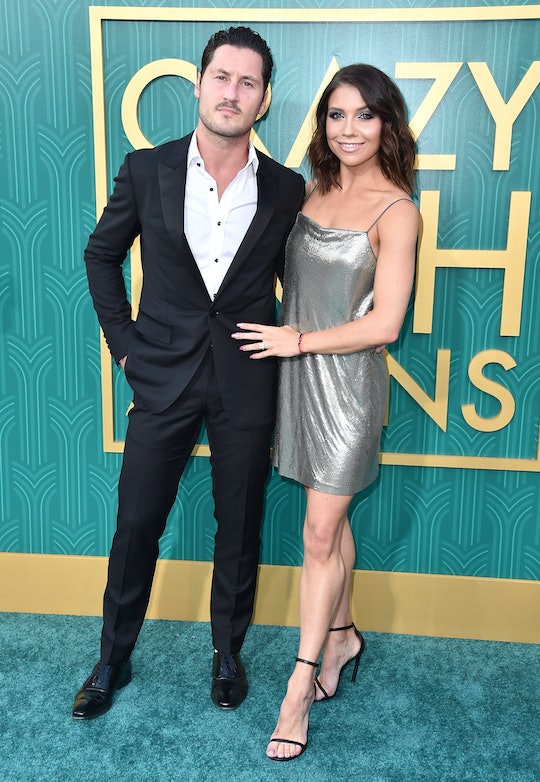 Forget The Bachelor, because apparently, Dancing With the Stars is the new reality TV matchmaking show. There have been multiple pro dancer pairings over the years and Val Chmerkovskiy and Jenna Johnson are the next soon-to-be-married pros to give you couples goals. They met on the show and videos of Val and Jenna dancing together outside DWTS prove that their chemistry is the real deal.

They both gained notoriety for being pros on DWTS where they started their on again/off again relationship back in 2015. After briefly breaking up and then getting back together, they started to be seen out in public more and fans began seeing them on DWTS as a couple more than just fellow pro dancers. From there, the relationship continued to grow.

At the 2017 Industry Dance Awards and Cancer Benefit Show, Val told Entertainment Tonight that he had started wondering about an engagement of his own after watching brother and former DWTS pro Maks Chmerkovskiy tie the knot with Peta Murgatroyd (another dancer from the show).

"Yeah, is that what it's called, the wedding bug? Or have I gained a different perspective on, you know, what love is and what happiness is?" Val said at the time. "You know, I'm in a great place and I'm in love, and I'm very grateful for that." But love must be contagious because the couple got engaged in June 2018 and they’re basically every DWTS fan’s favorite love story right now. Both on and off the show, they’ve proven that they have more chemistry than a couple of science teachers and there are plenty of videos to prove it.

Back in 2015, Val and Jenna danced together on-stage during the Dancing With the Stars Live! Dance All Night Tour. And while it's unclear if they were together at that point or not, it’s hard to deny that there was something real between them at the time. I’m a happily married woman, but somehow I’m still jealous watching their energy together on-stage.

In 2017, Val and Jenna took their talents to a dancing class called Dancer Palooza in Long Beach, California. Jenna posted a video of the class and the two of them were definitely giving off some serious Dirty Dancing vibes. Only, you know, with more of a G-rated feel.

They also danced together during the 2017 Dancing With the Stars Live! Tour. This could have been right around the time they got back together after their breakup or right before. But either way, they already seemed like they were ready to fall into each other’s arms during a romantic waltz.

More recently, in June 2018, Val and Jenna performed for the dance company Dance With Me, which both Val and Maks often work with. In the video of their dance routine, it feels like they don't even realize that there’s a big audience right there watching them.

Once upon a time, Maks and Peta were the DWTS couple to watch, but Maks has passed that torch down to Val and this season on the show, the competition is fierce between the newly engaged couple. Val’s partner this season is The Facts of Life star Nancy McKeon, and Jenna is dancing with Bachelor Nation star Joe 'Grocery Store Joe' Amabile.

"It’ll be fun," Val told People ahead of the DWTS season premiere. "We’re a team in the household, but on the dance floor my responsibility is really to make sure Nancy has an awesome experience, and part of that experience will, at some point, entail beating Joe, and that will be a really difficult moment to come home to."

Whether they’re dancing on the road together, doing a quick two-step on the DWTS ballroom floor, or leading a class for a few dozen people, dancing must be one of the things bonded Val and Jenna together. (At least it looks that way). Their love story gives you another reason to keep up with DWTS this season and I am here for it.