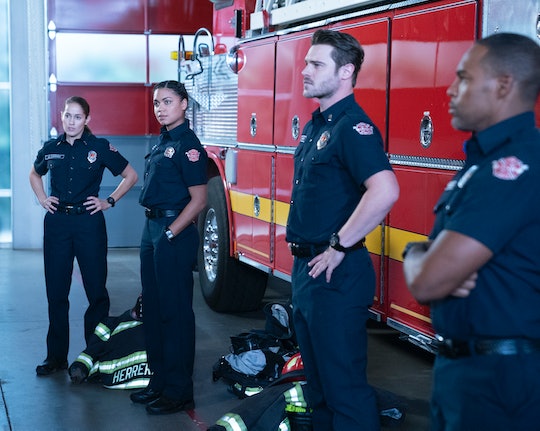 'Station 19' Has Been On Its Winter Break Too Long

Usually when one T.G.I.T. show returns on ABC, the others follow suit at the same time or shortly after. Unfortunately, this wasn't the case for Station 19, which has yet to return after its winter hiatus. Grey’s Anatomy and How to Get Away with Murder both came back in January after their own breaks, so it was expected that Station 19, a Grey’s spin-off, would do the same. Now, fans are worried that Station 19 was cancelled and I can't blame them. It’s hard enough to keep track of these winter and spring breaks without networks switching it up unexpectedly.

The good news is that Station 19 will return on March 7. That’s still more than a month away, but it does bode well for the future of the firefighter drama. When it returns, it will be back in its usual slot at 9 p.m. ET on ABC on Thursdays. Right now, A Million Little Things is in its place, possibly in an effort to draw more viewers and bring in a larger fan base. This is still Season 1 for A Million Little Things, which is basically ABC’s response to NBC’s This Is Us. The goal might have been to bring in more fans with the cushy spot after Grey’s Anatomy. Of course that’s no good for Station 19 fans, but it will be back with the rest of its full second season.

Given Station 19’s success on ABC so far, I doubt the prolonged break has anything to do with its performance among viewers. In fact, Deadline reported in December that ABC had ordered additional episodes for Station 19 Season 2, bringing it up to a full 17 episode season. This makes it seven episodes longer than the first, which is certainly a good sign for its future on ABC.

Like the Grey’s Anatomy mid-season finale, Station 19 saw the show's main characters all impacted by the Seattle windstorm and with some of their fates left unclear. While Maya was safely at the station, celebrating Friendsgiving and her promotion to lieutenant, the fact that she will be transferred elsewhere loomed over her. And Andy and Sullivan were last seen in their aid car as the wind flipped it over into a ravine. Station 19 showrunner Stacy McKee spoke to TV Guide about what to expect when Station 19 returns. While the ramifications of the windstorm will be addressed, viewers can also expect the other side to Ben and Bailey’s marriage troubles. And, McKee, promised, more "unexpected" storylines.

While McKee couldn’t say if anyone dies as a direct result of the windstorm from the Season 2 mid-season finale, she didn't say everyone is safe either. Station 19’s future might be safe for now, but Grey’s Anatomy fans saw the damage after the storm, so anything is possible at this point.

Fans still have more than a month until the March 7 Station 19 mid-season premiere, but that just means there’s more time to try and figure out where the firefighting heroes will be when we see them next. There could also be a time jump, if only to catch up to Grey’s Anatomy, since the shows are usually on the same timeline. Hopefully the long break will be worth it when Station 19 comes back, but for now, fans can thank Shondaland that it’s still here.