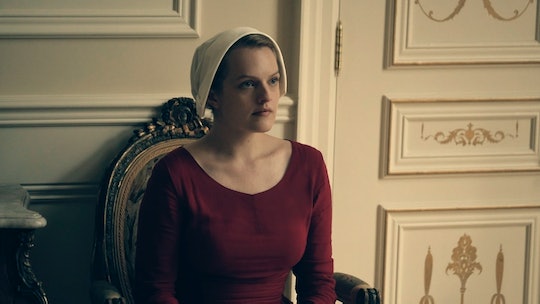 'The Handmaid's Tale' May Not Have Gotten Enough Golden Globes Recognition

We are living in the Golden Age of television, where there’s always something new to watch. In a way, that’s a good thing, because there’s no shortage of interesting content on TV. On the other hand, it means tons of unexpected snubs when the Golden Globes nominations are announced every year. This time, The Handmaid’s Tale might have made the list of overlooked dramas, but was The Handmaid’s Tale snubbed by the Golden Globes for real? Twitter seems to think so and fans aren’t happy.

Unfortunately, The Handmaid’s Tale did not make the cut in the Best Drama Series category, and that’s where fans have taken issue with the Golden Globe nominations. It did, however, bring in nominations in a couple of other important categories that *almost* make up for this epic snub.

Elisabeth Moss was nominated for Best Actress in a Drama and Yvonne Strahovski was nominated for best supporting actress, so technically, the show may not leave the 2019 Golden Globes empty-handed, so to speak. Still, fans aren't thrilled with the fact that the show as a whole wasn't nominated this year, especially after a stellar second season that was somehow better than the first.

Unlike This Is Us, The Handmaid’s Tale cast has been nominated in a couple of categories, so it wasn't completely snubbed. However given its track record of awards and nominations in the past, this was surprising for most fans. Moss won the award for best actress at the 2018 Golden Globe Awards back in January and The Handmaid’s Tale won for best drama series. Ann Dowd was also nominated for best supporting actress. It seemed like the start of a Golden Globes yearly domination, but right now, there are apparently too many competing TV shows on the air. I dread to think how The Handmaid’s Tale will fair in 2020, when the final Game of Thrones season will be eligible for awards in all of the same categories.

The Emmy Awards and Golden Globes aren't the same events or share the same criteria for handing out awards, but you’d think that if a TV show leaves the Emmys with not only nominations, but also wins, then the same would be reflected at the Golden Globes. At the 2018 Primetime Emmys, The Handmaid’s Tale was nominated in 18 different categories and took home awards in three of them. That’s a far cry from the snub it saw from the Golden Globe nominations Thursday morning.

Like any top drama on TV, The Handmaid’s Tale can't win them all and there were times in the past when Game of Thrones missed the mark. For a show of that magnitude, that’s really saying something. I don't think it reflects on how good or bad The Handmaid’s Tale is or how good or bad Season 2 was, but more so the fact that there are so many competing shows out there right now. It’s unclear what the criteria or process is in choosing which TV shows are chosen for the different categories, but maybe the idea was to give some newer rising dramas the chance to win in the best drama category.

Instead of some fan favorites like The Handmaid’s Tale or This Is Us making the cut, Amazon Prime’s Homecoming and FX’s Pose were nominated. Both were new shows this year and both were met with high praise from fans and critics alike. There is always next year, and the year after that, because I’m sure The Handmaid’s Tale has a long life ahead of it.